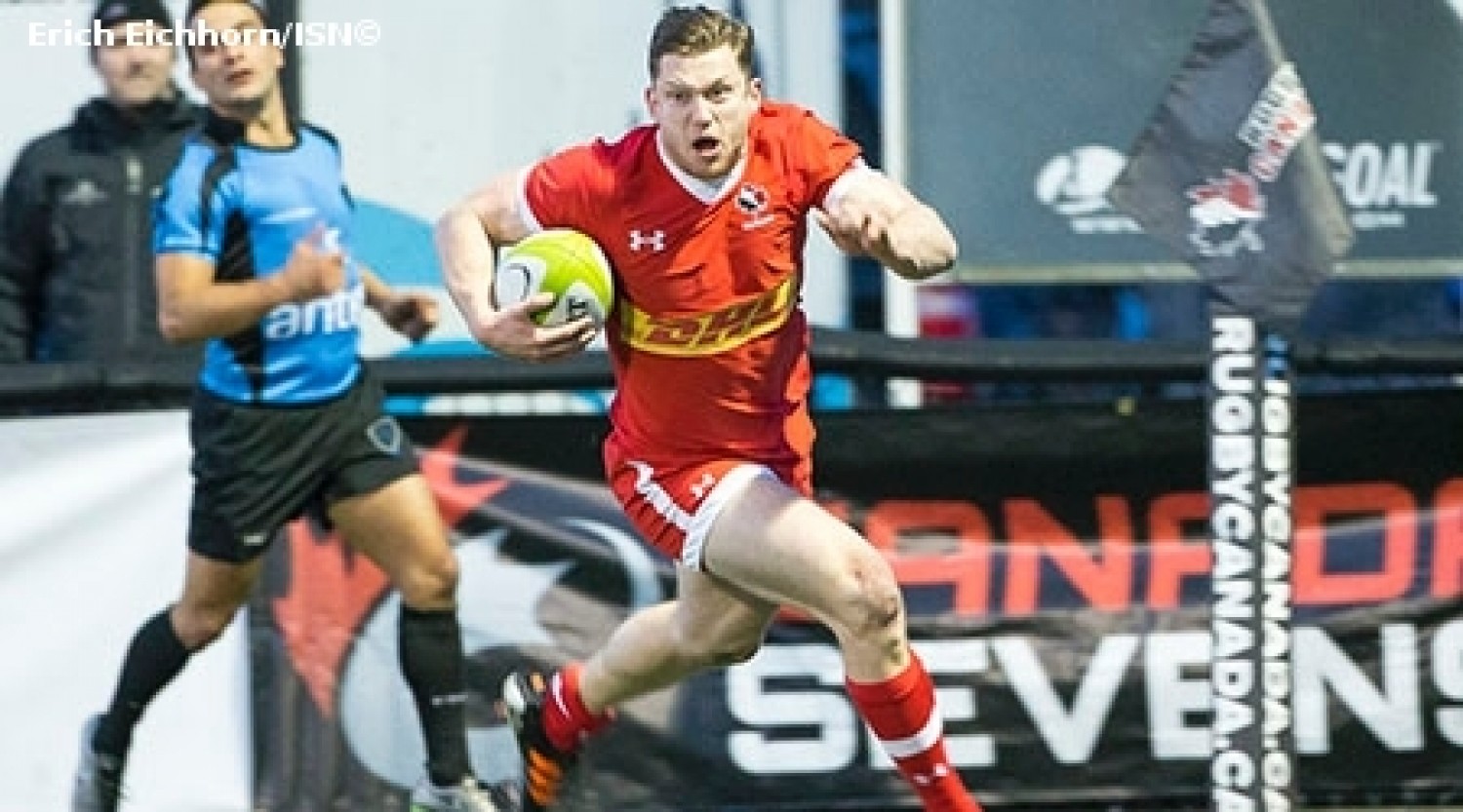 Interim Senior Men’s Head Coach Francois Ratier has made five changes for Saturday’s Americas Rugby Championship clash with Brazil at Westhills Stadium.  CW's, Ray Barkwill has been given the captaincy, deservedly so in our book. Loose head prop, CW’s Djustice Sears-Duru will get his first start of the tournament in place of Hubert Buydens who drops to the bench. Kenora, Ont., native Liam Chisholm, who made his test debut against the USA last weekend, will start at lock while Andrew Ferguson gets the nod at scrum half.  Duncan Maguire, who scored his first test try on debut against the USA, starts on the wing while UBC Thunderbird Brock Staller, who was called into the squad earlier this week, starts at outside centre in his test debut. Eric Howard, Rob Brouwer, Mike Hamson, Jake Robinson, Joe Dolesau and Brett Johnson are all named to the bench and could potentially earn their first test caps too.

“The players are ready to play Brazil,” Ratier said. “There is a very good atmosphere in the team and the energy has been high since our last game. We’re ready to go.”  Sears-Duru joins Jake Ilnicki and Ray Barkwill, who will captain Canada for the first time, in the front row while Paul Ciulini gets his third straight start at lock.  Lucas Rumball, Alistair Clark and Clay Panga all keep their spots in the back row while Calgary’s Gradyn Bowd starts at fly half.  Dan Moor joins Maguire on the wing while Nick Blevins is paired with Staller in the centres. Pat Parfrey makes his third straight start at fullback.

“We’ve prepared for this home game as we did for the Uruguay game,” Ratier said. “Nothing is different. We have the same energy and the same type of players on the field. I’m sure we’re going to respond to the challenge.”  Saturday’s game against Brazil will make history as it will be the first time the two sides have ever faced off in an official test match. Brazil are ranked 42nd in the world and are winless in the ARC after bonus point defeats to Chile and Uruguay.  “We’ve watched their last two games and it’s a team that likes playing rugby and never gives up,” Ratier said. “They like to offload the ball and kick the ball a lot. I’m expecting a very open style of rugby from Brazil.”   Canada sits in third place, tied with Uruguay and Brazil are winless to date.  Let’s get out and support the boys.  4:00 p.m. kickoff at Westhills.

CWRFC is offering game tickets for discount $20, contact The Pres  for pick up.

Today’s earlier blog congratulates Payton Cochrane, Amelia Gordon, Kelsey White, Shaye Tudor, Sofie Kennedy and Camille Irvine on their selection for B.C. Sevens teams to Vegas. To this group we add Hector Jardine and Lachlan Kratz (Boy’s U16) and Brennig Prevost and Brandon Schellenberger (Boy’s U18).  A total of ten CW youth is an outstanding achievement.  We congratulate the players and wish them and their team mates the best of luck.
WOMEN’S SEVENS IN SAO PAULO

This weekend’s action in Brazil can be viewed at; www.worldrugby.org

CW wishes the ladies the best of luck as they make the first step of a long journey-the podium at Rio!