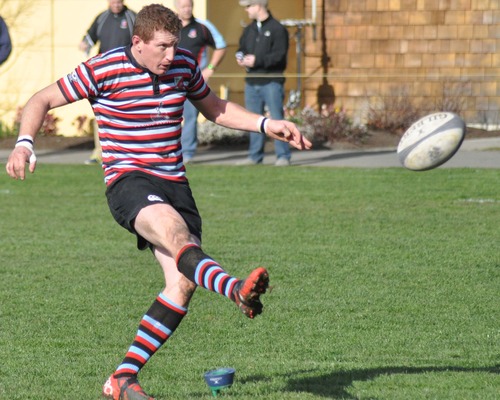 After trailing The Loma for most of the game and playing with fourteen men from midway through the first half, the Tricolor overcame a huge hurdle to come away from Connaught with a maximum, five competition points.  Captain, Matt Buckley who has "shared" the kicking duties this season, potted one from out wide to pinch the victory.  'onya, Bucks!  Final score; CW 35, Meraloma 34.

For CW, hearsay has it that new prop, Keelan Chapman was a rock......of the old school ilk; Aaron Flagg turned in an active game in his second outing with the club and Lomas voted Gord Kehoe as MoM; why does that not surprise the reader?  The backs were led by Buckley and Jon Morris. Small steps.  On to a very tough Viking at UVic next Saturday.  The Vikes moved into second place in the Comp with their weekend win.