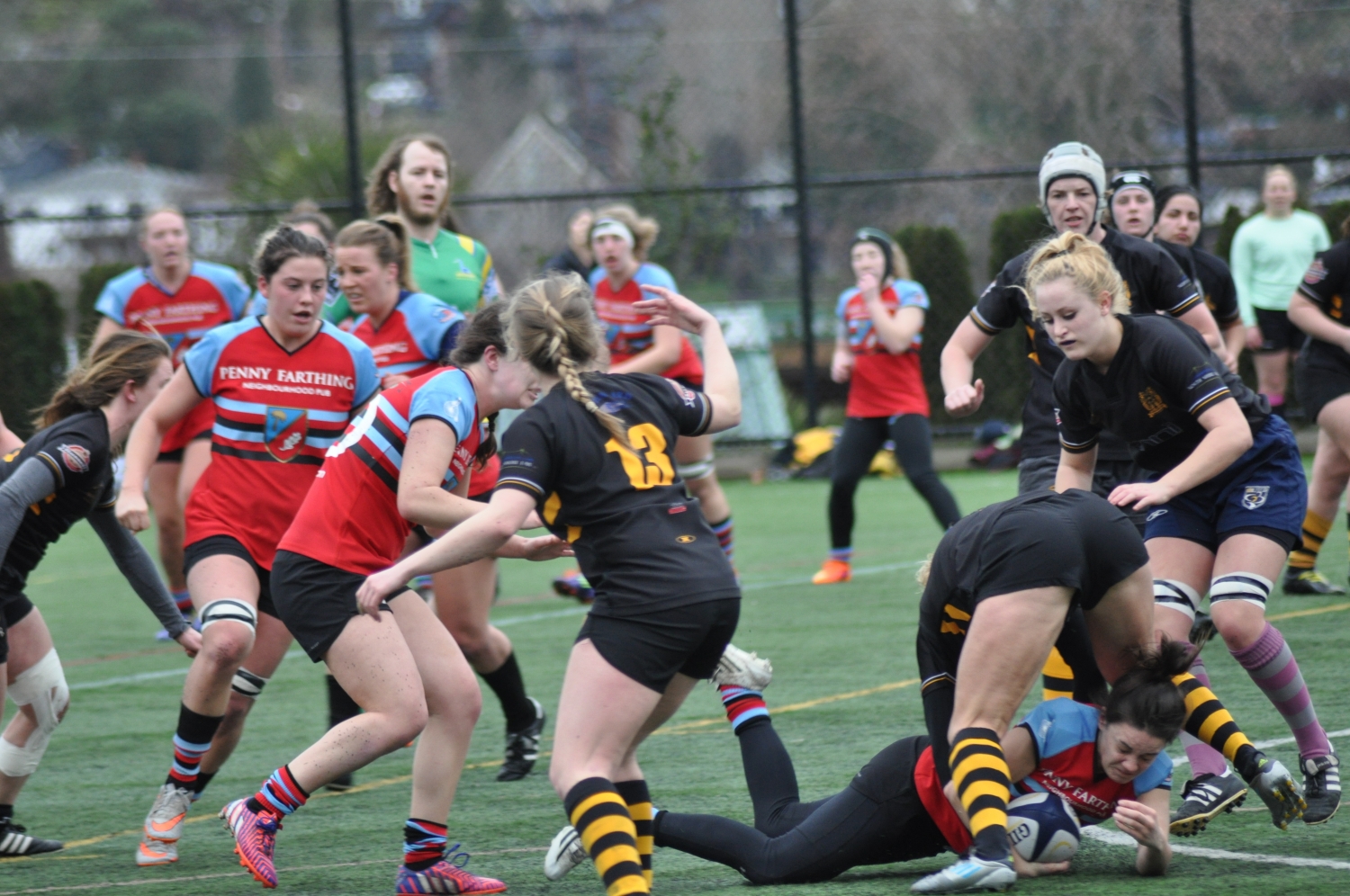 This weekend marks the CWRFC Women’s program's first ever Alumni Day. With plenty of action scheduled for both teams and members of the BC Champs in 2016 slated to be present, as well as athletes from the 90's team, the occasion promises to be epic! What a legacy to behold. Currently our women’s program has around sixty players registered and fields two teams. The success of the CW Women’s program can hardly be argued.

The Division 1 team, after suffering a string of losses will be keen to look for a win against the UBC Thunderbirds. The T-Birds have won both their games vs Bayside and SFU, so this match will likely produce a handful for our Divvies. In their outing against Cowichan the pack seemed to have stepped up their game. This was due to the strong leadership of Captain, #3 Hardy as well as #2 Anzai and #3 Gallant – a shout out to one of our U19 athletes. The backs will be eager to stretch their legs against the T-Birds. Led by Co-Captain, #10 Glasgow, the backs will certainly have some power and speed from the centers, #13 Davis and #12 Solomon-Ani. The “bench”, our the “Bomb Squad”, is strong in number and will look to insert pace and energy throughout the match. Among the notable athletes, Coach McNally will be sure to look to scrumhalf Cook, and Casper to provide fresh legs and direction during the game.

The Premier side will kick off at 12:45 p.m. against Capilano RFC. This will be Caps first match, ensuring them to be hungry to test themselves against The Tricolours 2 – 1 record. The CW lineup is a strong one, led by the connection between National Sevens player, #9 Apps and #10 Schell. This combination is proving itself adept at directing the team on defense and attack. The centers will see the return of Rayven, who can be relied on for her powerful and straight running. Caps pack is somewhat unknown, however in the past they have typically been larger than CW. This weekend will probably be no exception, but the home side will be keen to test themselves.  #2 Hill-Huse, makes a return after being away with the Vikes for 7’s, and is joined in the front row by #1 Elliot and new-comer to the club, #3 Wideski.  The loose trio sees, #7 Beauchemin who is sure to set the bar high in terms of physicality in defense, and #6 Folk joins her, returning from the backs, and will certainly seek to make an impact.

This Saturday at the House of Windsor is going to be an exciting day. Our club is extremely excited and proud to be hosting our alumni and show them appreciation for the path they’ve carved for the team today. (With thanks for report to Louise Erikkson).

CW Men go on the road on Saturday when they will “dodge” a planned Trucker’s Parade, on their way to The Mac.  The Divvies will be fielding a very similar look to their last outing against the Norsemen.  There will be a new combo in the centres with Casey joining Boyd-Porter.  The bench looks solid, and the expectations players are placing on themselves augers well for the outcome.  We will see.  Hard to get a line on Bays Div.1 as the BCRU website is not exactly “user-friendly” when it comes to checking out points standings.

The main game will see a CW pack that has only one change, that being Sanderson moving into #8 for Finnie. The backs are a different combo with Jordan Tait returning to #10, no doubt, much wiser for his first outing with the team in this spot.  Griffiths and James, exchange spots in the backs.  As with Divvies, the bench is money, with the likes of Finnie, Polson, Clarke, Ilnicki, and Winser.  This group will be itching to tighten the screws should they get a chance.  To date, it has been less than a stellar season for the Bays, although they did manage 29 points against the Pride in their last outing and are always a tough nut to crack.  With rain predicted, always an equaliser, the outcome may just be closer than assumed.