A Window Of Opportunity? 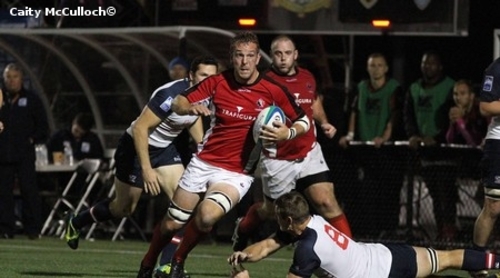 With what appears to be a stronger side on paper, Canada will hope to cause a monumental upset in tonight's final ARC encounter against Argentina.  The locks have been beefed up, with Morrison partnering Flagg who had a good game in the opener against Uruguay, the back row looks bigger and the front row more solid.  The contest will be determined "up front".  Although there has been yet again, another change with the halves, Pat Parfrey moving into #10, all round the backs also appear to be tougher.  Coach Crowley is no doubt hoping that some decent ball can be won to exploit the backline potential.  The Canadian #9/10 combos over the past two years have been myriad, for all kinds of reasons and this lynchpin, or lack of, has been a major nightmare.  The centers are being given another go and with ball, could be quite threatening.  The wings are a good pair of fininshers.  In all, plenty of reasons for Captain Kleebs to have maintained his model of pre-game positivity.  An upset?  Miraculous, as Argie has not lost a game in three years in this contest BUT stranger things have happened in the game of rugby.  CW wishes the boys all the best for tonight.