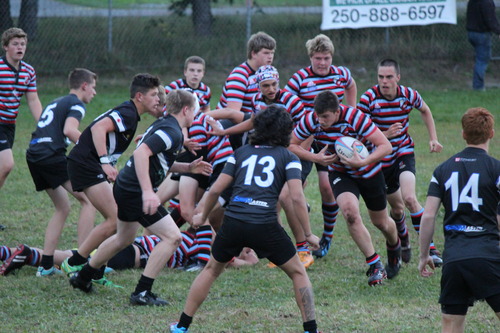 CW's U16 men took on rival Velox last night in a rescheduled season opener.   From the starting whistle it was clear both teams were intent on making a statement, first with CW creating a turnover right from the kick-off setting the tone with a jarring hit and then Velox achieving turnover ball from the first scrum.  This was an electric start to a game where  CW proved to be quite proficient in their set piece play and also secured a number of turnovers. CW backs managed, for the most part, consistent defense and some good ball handling when getting the ball wide to speedsters on the wing.

There were many positives to take from the game and not to be unexpected, lots to improve upon.  While CW produced well on offense, Velox never waned in their efforts and were able to score on “last plays” in each half.  Final score, CW 24, VV 12.