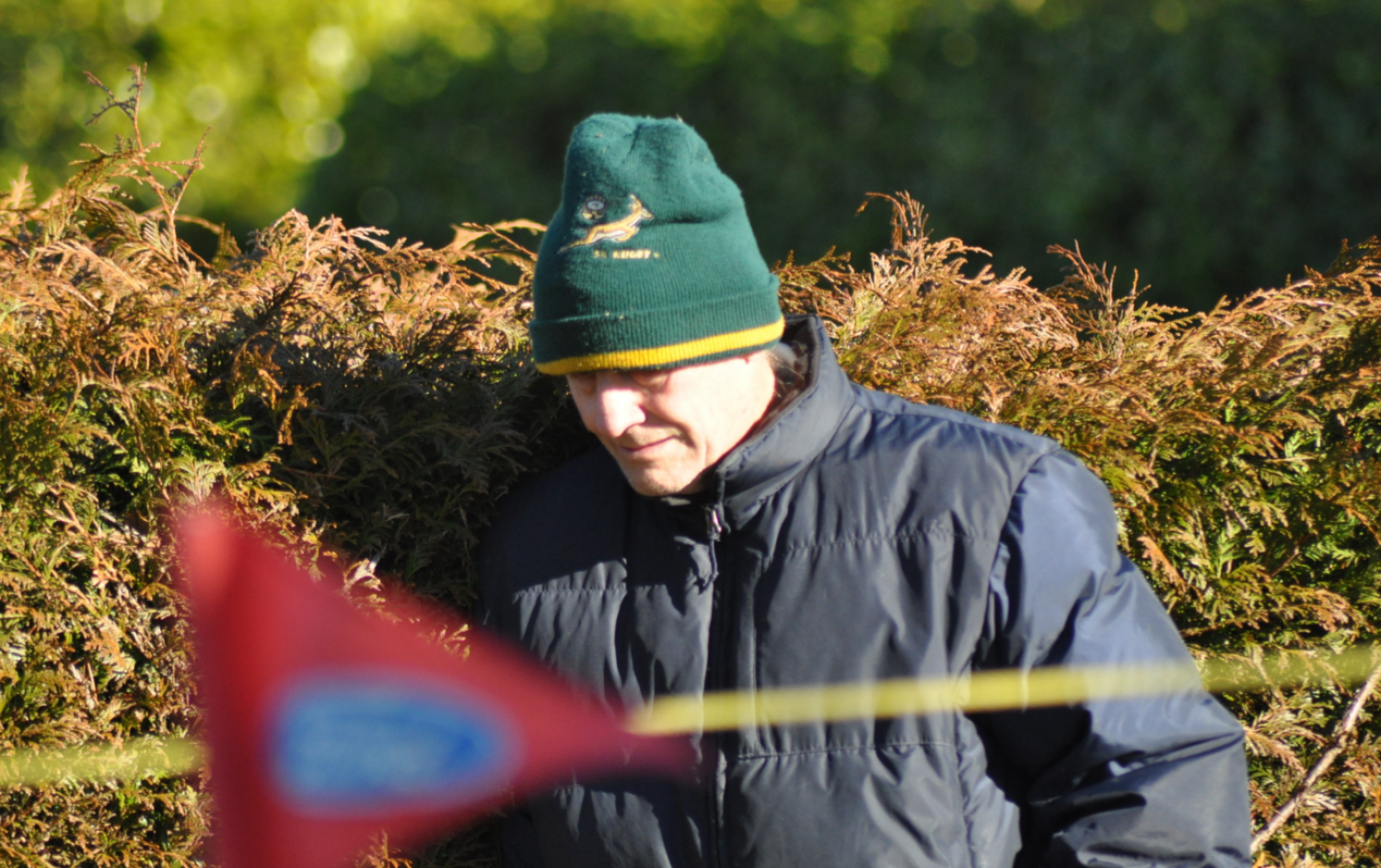 Gordie Hawkins as a player, will only be remembered by the “O.F’s”. Gord donned the jersey for Oak Bay Wanderers for many seasons, back yonks ago. Today we want to recognise him, as a face that newcomers and younger members might recognise from his weekly post at the “gate” on the south end of The Park. We have asked Gord to take time to share a little of his life with us.

CW: Gord, for how long did you play with The Wanderers and in what position/s?
GH: I first played for OBW in September, 1967 against Edmonton Leprechauns and my last game was for the Thirds v Velox in the fall of 1988. I played tight head prop in all of the games.

CW: It is our recollection that during this time you did play some games with the Crimson Tide. What are a couple of your more memorable rugby recollections?
GH: Correct. I played my first game for Crimson Tide in spring 1968 against Vancouver at Brockton Oval. My most lasting memory was of the party in the reserved cabin on the ferry home! My last game was against the Canadian Presidents XV in 1971, part of the Victoria RFU Centennial.

CW: You have seen many changes at Windsor Park over the years from the pavilion to the style of rugby. How do you describe the experience at The Park in today’s rugby world?
GH: The only facility at Windsor Park when I started was the changing rooms! All after game activities took place in the clubroom, which changed every season! We lived up to the name Wanderers.
As far as the game was concerned in those days we still used a leather ball and being able to make ground kicking from anywhere, meant more lineouts and the touchlines soon became a sea of mud; also, there were less points from penalties; further, the forwards in the lineouts had hands free to cause malicious interference. The front row forwards came into the scrums on their own terms, there were less collapsed scrum penalties and many crooked put-ins went unpenalised. The forwards trundled up the field to the next lineout, scrum or occasional crosskick. Forward rushes did occur and dribbling the ball was a coached skill, tackling was round the legs and hooking was a skill.

CW: Gord, you came to Victoria from England, correct? Just when was this and for what reason did you immigrate?
GH: Rugby was my life, why I became PE teacher and why I first went to New Zealand after leaving England. I then applied to go to South Africa, but love got in the way! Gill and I arrived in Victoria aiming to see the Olympics in Mexico in 1968 and then we planned to return Down Under. Once in Victoria, we couldn’t find a good reason to leave!

CW: Being now retired, how did you spend your “working life”? As a teacher and rugby coach, you must have coached many young lads. Did any of those players go on and have outstanding careers with the game?
GH: I coached school rugby for 42 years in England, New Zealand and Victoria. I counted up to forty club members who had “passed through my hands” in the late seventies, including my friend, down at the Windsor Gate, Peter Kilshaw. At least two that I can remember, Frank Carson and Chris fowler went on to play for Canada.

CW: When the two clubs amalgamated, unfortunately, some of your former team mates “walked away” or hung their hats in other quarters. What inspired you to stick around and “give back”?
GH: I have seen teams go through bad patches and know that desertion is not the answer. Maybe I was raised in an age when loyalty was entrenched in me. I was disappointed that we amalgamated and that the majority abandoned ship but there were still a core of Wanderers who were ex-team mates and friends remaining to carry on the Wanderers legacy.

CW: Finally, Gord, apart from your weekly attendance at all CW matches and your service at home games, rain or shine, what other interests do you have?
GH: Now retired I have taken up lawn bowling, belong to a walking group, I enjoy Scottish country dancing three times a week. This has become my “gym and yard work”!

Thanks for taking the time to share with our readers and today’s players some of your interest in the game of rugby and the importance of volunteer service to your club. We use the motto; “from eight to eighty” and for many folk, rugby is a game of a lifetime. You epitomise such a person. The best of luck to you and good health in the future. We hope we can say g`day or perhaps buy a pint on the verandah and wish a ‘well done’ to you, keeper of the south gate for many moons to come.