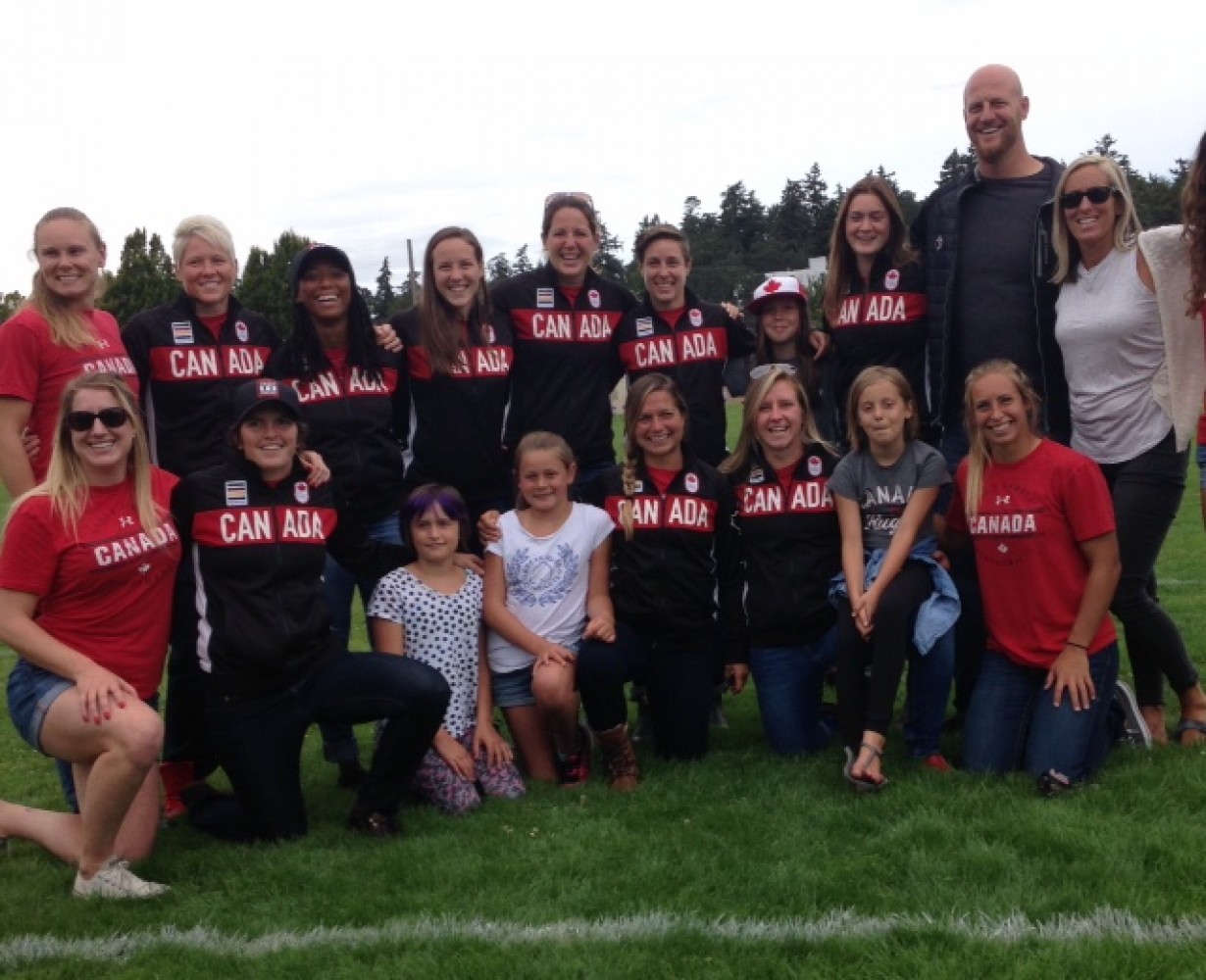 Women’s Super Series:Hats off to the NSWT, winners of Super Series II after their victory over France, 29 – 10. Laura Russell and her team mates came up with a very inspirational victory for our Women’s Sevens who were presented to fans at Bullen Park, Esquimalt. CW’s Zussman and Waters started for the third match in a row and McNally came off the bench.

As well, yesterday, the Women’s Maple Leafs, led by CW’s Jess Neilson’sfifteen points, wailed on the Collegiate All Americans, 45 – 10. Gabby Senft also started in this one. Finally, at the International University Sports Federation VII’s, Canada took the silver medal, losing to France in the Final after knocking off Portugal, Spain, Australia, China and Japan. Indeed, heady days for Canadian Women’s rugby.

On the home front, we congratulateSofie Kennedy, Shaye Tudor and Lauren Sargent who will play for B.C. U20’s at the National regionals in Toronto, beginning July 14th. The B.C. Men’s U19’s team includes Anton Ngongo and Gavin Kratz who will play in the Junior CRC’s at the same time. Gavin has left his roots at Ceedub and will now wear the colours of the Vikes of UVic. To all of these five players and their team mates – go, B.C.! Best of luck.

Meanwhile, back at the park, what fun to watch Canadian Golden Oldies, including Tricolor Types; Garth Cooke, Eddie Evans, Ed Knaggs, Kenny Goodland, John Graf and “coach”, Rogie Robinson, lay the wood on their American counterparts. The magic of Philly Mack breaking a tackle, drawing defence and throwing a “blind” inside pass for yet another Canuck tally was pure instinct and champagne. Thanks for the memories, guys!

Next came more magic when John Tait and His Women’s Sevens, bound for Rio were introduced to a good crowd. There is no doubt, Canada, from coast to coast, is behind the ladies and wish them the best of luck, for there will be no doubt about their effort. Great to see the ladies then “coaching” Middle School Girls in their exhibition match.

All of this took somewhat of a shine off the main event. This fan liked the efforts of B.C.’s Sandover-Best at #9, Ollie Nott from the Vikes and CW’s Dougie Fraser who crossed for B.C.’s first tally and early lead. The reigning Champs, The Wolfpack won for the second week in a row, adding to a marginal lead at the break, 20 – 17 with a second half try in somewhat awkward rather wet conditions for the 25 – 17 W. VV’s Lopatinsky and Panga showed well for The Pack as did Povey at #10. The game was fairly well played except for the greasy conditions in the second stanza and intriguing enough, in what was essentially, a social atmosphere!

Finally, a doff of the Ruggernut’s cap to the B.C.R.U. Board, many newly-elected, who chose to meet in the capital. This pundit congratulates new President, Sam Shorter and the continued good work from CEO, Annabel Kehoe. There you have it sports fans. Go, Canada!