Rugby Gods Give One Back 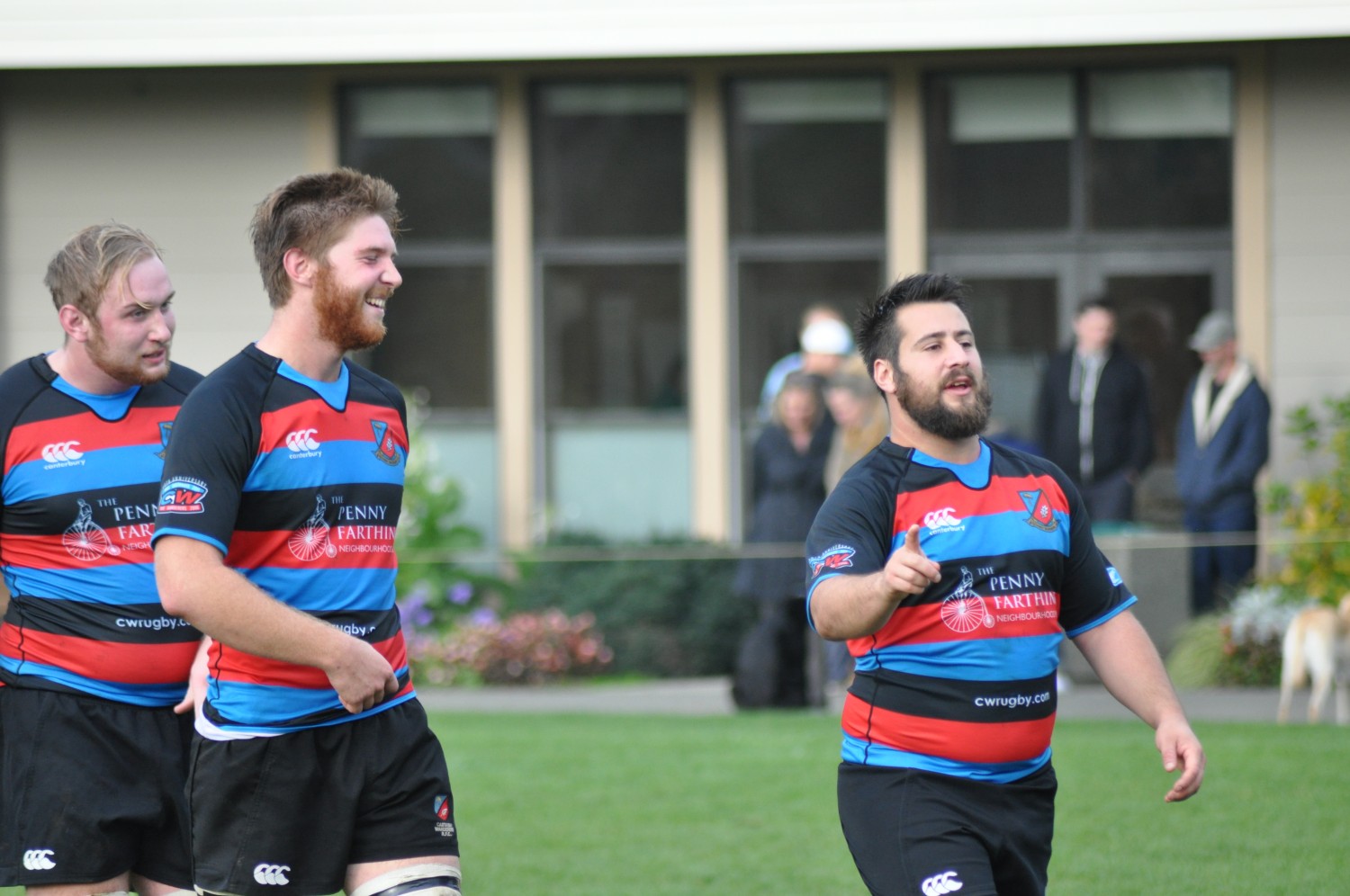 In the curtain-raiser yesterday at Windsor, the Velox were bolstered by a couple of players “coming down” and opened a worthy 14 – 7 lead over The Ones at the half.  The insertion of Coach Winnie at the half was the stabilisation factor that kept scoring from either team taking place in the second stanza and Velox went on to win their first game as the Westshoremen.  It is always good competition with the VV and improvement was noted from The Ones who will be sternly tested once again in Cowichan next Saturday.

In Premier action yesterday, Ceedub took a brace of wins.  The CW Women travelled to Surrey, departing the Island’s friendly confines on the 7:00 a.m. ferry.  Picked up a twitter feed that the weather was “gale-like” in nature yet the women, minus a couple of players from their last outing, went on to score a convincing, 31 – 5 win over Bayside in their Premiership opener. CW’s speedy backs and alertness at the breakdown was the difference.  Hats off!  Speaking of hats off, CW salutes UVic Women Vikes on their fifth place finish at the C.I.S. Championships, a best ever for the Vikes.

Men’s Action.  The Westshore boys must be wondering just what went awry after CW grappled back a twelve point deficit and then defied the odds in going for the W and surely enough that unfathomable, Grdic, crossed wide out to pinch victory from the jaws of defeat.  This report comes to us compliments of The Sage on the Sidelines.  Sage begins with the fact that a tie would have been perhaps a fair result.  Certainly, CW knows the grief of "so near and yet so far" after last season’s campaign.  Again, the game was the real winner as both teams gave of their best in rather miserable conditions.  Far from error-free, the nine try outcome was fun for spectators, partisan or not.

As suggested in the pre-game blog, the Westshoremen were highly motivated, with some new additions and improvements in every outing and so it came to pass.  One might have thought that a time warp had occurred when Velox scored from the opening kickoff in the corner, with a mere forty seconds on the clock.  At least in the last game, the hosts kept them off the board for three minutes – another dream beginning!  CW countered with the diminutive but invaluable Hickman crossing, the convert being added for the lead.  Many errors and transgressions occurred, costing the hosts nine points in penalties.  Fortunately, a well-executed second tally was taken by Albornoz and the score tied at the interval.

Velox opened the second stanza with a try under the sticks for a well-deserved 21 – 14 lead and they added to that with another penalty.  The hosts appeared to be making more than heavy work despite an overpowering scrum.  The front foot ball was not always handled well and assignments on defence were erroneous.  Thornber then opened his account to close the gap to 19 – 14 but when the visitors scored again, under the posts, compliments of a big unit in the centers, Matt Forster, a valuable acquisition from Alberta’s Wolf Pack, who was to earn his brace, the twelve point deficit was beginning to look too great.  Westshore really had their tails up and as we reported the last time these two teams met, their level of fitness let them down, something that has been noticeably worked on, to eradicate this factor.  This time we report that the unbridled enthusiasm shown has to be harnessed in a situation such as this because the game is ne’er over til the final whistle.

Thornber added his brace for the boys to get within one score at 26 – 31 and CW seemed to gain some slight sense that there might be something in it for them.  Hickman added a second for the match to be tied and then it was a Chinese Fire Drill following the kickoff.  Time was ticking off the clock but somehow The Tricolour retained possession and handled, error-free, to work the ball down field.  Sagereports spectators were on edge as the ball could have been banged out and the tie taken or turned over for the mercurial Velox to regain the lead and the W.  Neither was to be the case as Grdic, who does some brilliant things on occasion, sensed a sniff of the line and crossed for the winning try.  The score line reads remarkably similar to the cross-town match, where UVic scored on the final whistle to pinch JBAA’s home-opener.

Both of these teams are still very much a work in progress but as was suggested, this Westshore group may surprise someone before this Barnard Cup is all over, and this remains a valid prognostication.  A sigh of relief occurred at Windsor that this was not to be the day!  CW combinations are becoming a little more cohesive each week but still patchworking is occurring with players out of position to fill gaps.  The Sage reports that Hickman was money (again) and Crossland was the main reason for the resurgence (no surprise).  The forwards were huge value in the sets although lineout play was not as polished.  Injuries and unavailability seem to play a part each week although there is an expectant buzz around The Temple about the upcoming Friday night encounter Vs UVic under the lights.  So hats off to VV, it is a commendable goal that they have and rugby in Victoria will be the better for it.  We note other weekend results of interest, the comprehensive victory up-Island by the Hornets over a competent Port squad and a UBC victory over a Seattle Sarries team, containing at least four current U.S. Nats.  Thanks to the officials, keeping it together on the most miserable of days:)  All of the players gathered for great comraderie, post-game at The Temple before the Westshoremen went on their merry way to check out the sites of the city!!  ‘onyas, Westshore!