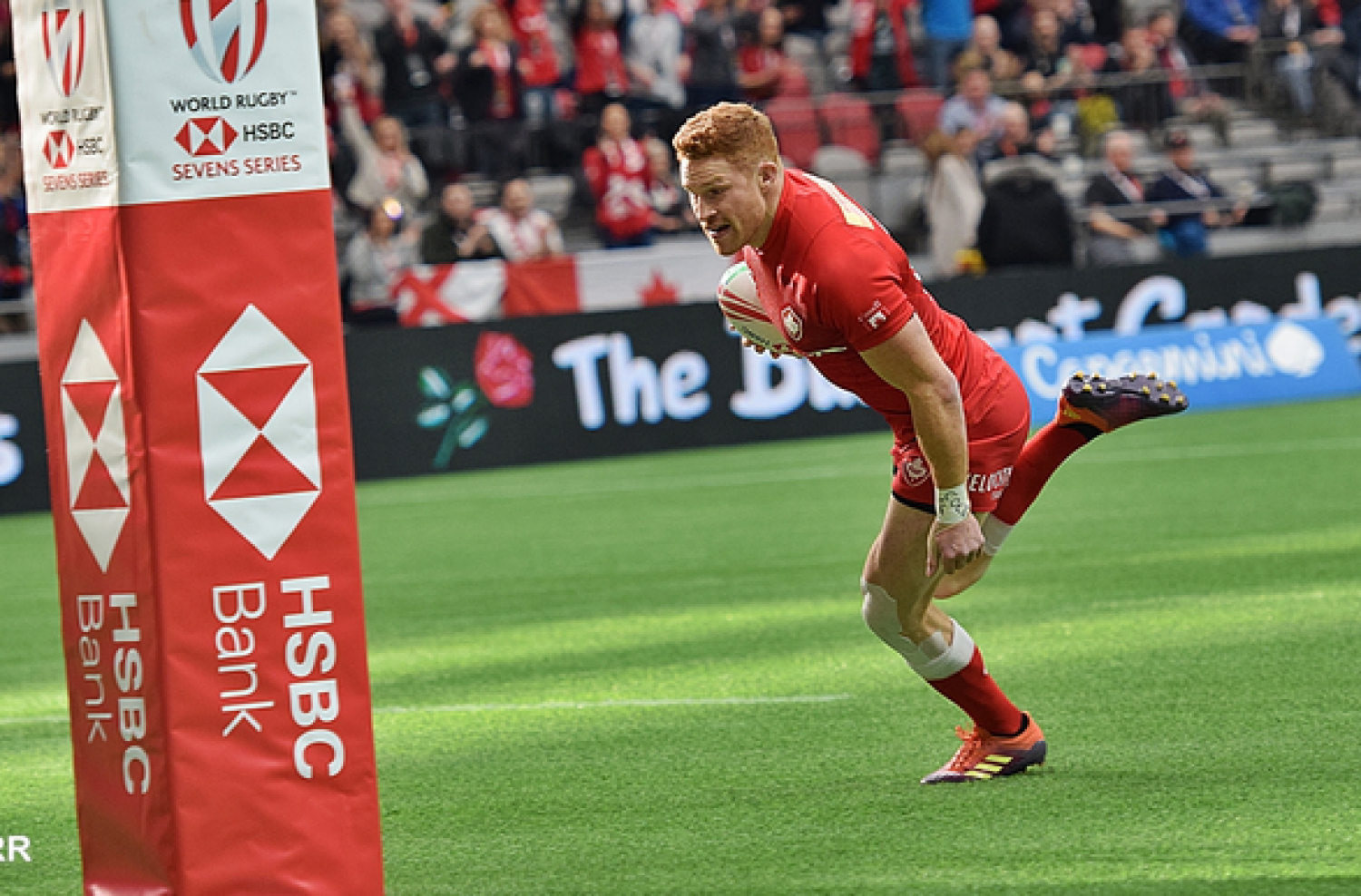 Connor Braid picked up the slack after Nate Hirayama succumbed to injury early in the proceedings at BC Place over the weekend.  Connor, who led the IMPACT Stats last weekend in Vegas, was the second top point scorer in Vancouver and was selected on the Dream Team.  Better yet, Connor still honours ours and his, much missed mate, Dylan Jones.  'onya, Connor.

It was a plethora of rugby and the BIG SHOW was just that.  Apart from a 'stinker' Vs Samoa in the opening match, and their final game Vs Oz where they were somewhat deprived of ball with bounces and errors, the Canadian boys were good value.  Their highlight win over Fiji was SOLID GOLD, their last play of the game victory over the Scots and their thumping of Spain and Kenya were thrilling and so we look forward to yet another four years.  We leave it to other sources to record the high and low specifics of the affair and conclude with a THANKS to the boys.

NSMT XV's put in a solid showing against the U.S. on Friday night in Seattle, succumbing on the last play of the game.  There is plenty to dissect from this one with this not being the time nor place.

So, it's back to the local scene with the BIGGEST game of the year coming up this Saturday VS Burnaby.  We will address more time to this midweek.

A CW Contribution - all three men donning The Tricolor this season.

CW Stalwarts Strut it out at Sevens!