A Week Ago Today! 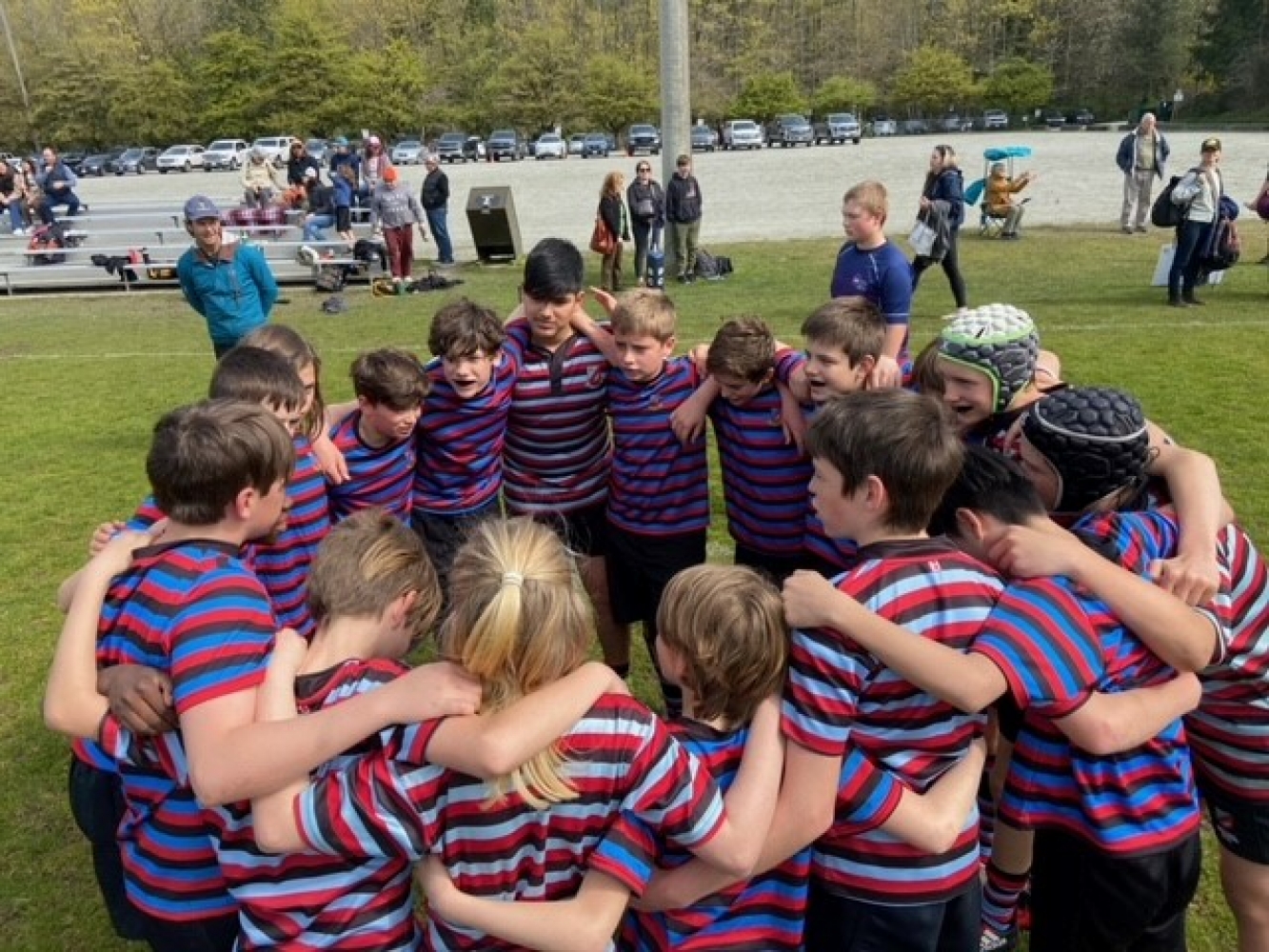 An event that took place at Klahanie Park last Sunday with our CW U13 team is why parents have our children play the game of rugby.

Vancouver Rowing Club hosted the first annual U13 Graduation Tournament.  Due to a last minute change of venue we found ourselves bright and early, fresh off the ferry, at Capilano Rugby Club with a piper waiting for the players to march out onto the field for the opening ceremonies.

Our U13 squad first faced Capilano.  Capilano obviously benefitted from the extra hours of sleep! CW fell behind by three tries early and never recovered. Next up was Vancouver Rowing Club. Coaches David Hill and Ian Hickman seemed to have lit a fire in the players between games. CW played a much stronger defensive game and started to find the try line. Win, CW.  Next up was Bayside and the winning streak continued.

With pool play complete, CW faced a Comox/Cowichan team in the semi finals. The boys realized before the game they really could pull off something special and they put that belief into practise. The C.C mix, undefeated going into the match, could not keep up with the pace CW set, and it showed in the final score. CW moved onto the tournament gold medal final.

Destiny had CW set for a rematch. Undefeated, Capilano was to face a now, scrappy, CW squad.

CW came out strong and met every attack with a brave defensive front. It took until the end of the first half for CW to strike, with Kellen McAllister attacking the outside for the try. The attempted drop kick conversion failed. Capilano responded with a try on the outside which they converted to lead, 7 - 5.

The second half saw CW's Tristan Hill breaking through for a try which was converted and a 12 - 7 lead taken. Capilano fought tooth and nail in the dying minutes and kept the ball in the CW end. The ball was stripped from a Caps player and a pass came back to our full back, Thomas Gould. Thomas kicked for field position, however, an unlucky bounce saw the ball in Caps hands and a try resulted.  The tension could be cut with a knife! Capilano lined up for the kick to put them in the lead and probably put the game away. The pressure was too much and the kick was missed.

Sudden Death Overtime was announced as the tie-breaker. CW teased their parent suporters with a couple of tries, disallowed, due to penalties incurred. The game moved into a second, sudden death period. The teams battled back and forth until the midpoint when Kellen Mcallister found a seam and burst through the defense for a try, sending the team into a frenzy!  We win!

Player of the match, Kellen McAllister was given the game ball and he has requested to have all the players sign it, place it in the trophy’s cup and have both find a space at The Temple. The experience brought those 19 players closer to each other. Buddies for life.

Ruggernut - Now that's cool. Maybe not the only reason why kids play rugby but a great experience. Thanks to Director of Boys Youth Rugby, Byron. 'onyas, all.