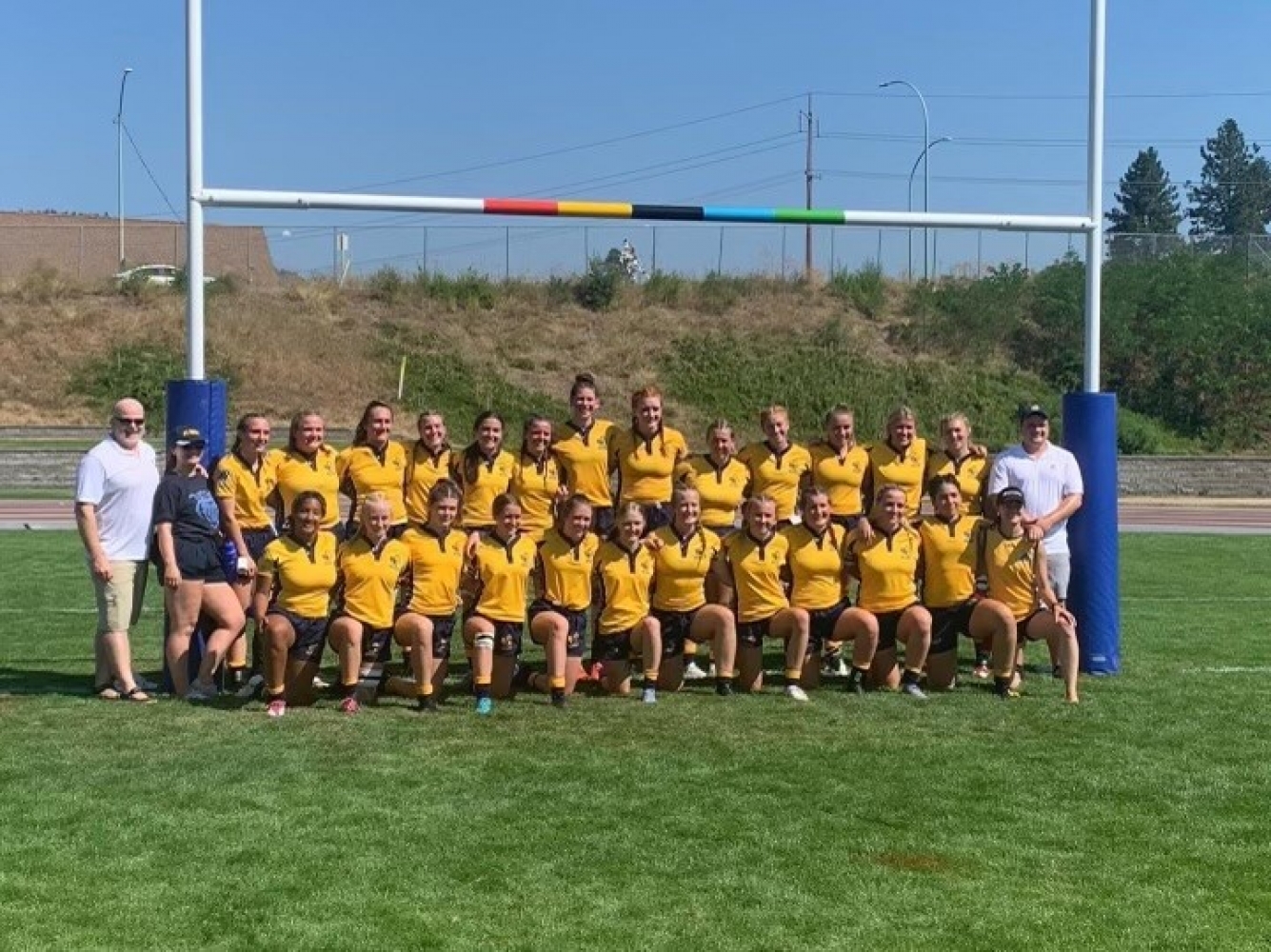 BC AGE GRADE TEAMS CLEAN UP AT WESTERN CANADA CHAMPIONSHIPS
Pictured are the Girls and Boys winning U18 teams at the BC Day long weekend Championships held in Kelowna.

BC Day long weekend turned out to be fitting for the Age Grade teams that played in the Western Canada Championships in Kelowna last weekend.  CW was very well represented on all teams and in some instances, with coaches and managers.  The Girls U16 went undefeated, scoring a mammoth 247 points for to 14 against!  They defeated the Alberta Wolfpack in the Final for the gold.  CW was represented by Gwen King, Joey Schouff, Kate Kristianson, Khadia Hayes-Traore and Taylor Mc Donald.  These names will be ones to watch as the women’s game grows stronger and stronger.  Well done, ladies.


The BC U18 Girls also went undefeated however, their Final game for the gold was much tighter and they eked out a 12 – 7 win over Alberta.  BC was coached by CW’s, Ollie Winser, and Managed by Caitie McNally.  CW players on the team were Jorja Cook, Marley Robinson, and Gwynnie Fry.  As with our U16 players, these ladies will be ones to watch as they wind up their High School careers and move on in life and in rugby.  Best of luck, ladies.

Jorja & Gwinnie take the field for the Final

Finally, on the female side of the docket were the U23 Women.  This team only had two matches on the weekend, both against Alberta and both resulting in one-sided victories.  CW had eight current or recent past players on this team.  Representatives were Chloe Hill-Huse, Marina Skakum, Macy Webe, Katie Elsner, Lucy Beauchamin, Quinn Murphy, Ella O-Regan, and Jessica Nonay.  We see many of these ladies representing the Vikes and choosing to play post-season Varsity rugby with The Tricolours.  The University competition between the Vikes and Thunderbirds is of amazing quality and these young ladies will be the grist for the future and will carry the Canadian Women’s flag in VII’s & XV’s amongst the world’s best.  Well done and go, you good things.
U16 Boys Action.

BC fielded two teams in U16 play.  Blues nudged Gold 3 - 0 in their day two encounter and the Blues went on to defeat Alberta in the final, 19 – 0 for first place.  The Gold team finished third.  CW lads playing for the Golds – Mason Levin, Declan Stove, and Jackson Powell.  For the Blues – Josh Keast, Annan McAllister, and Sam Johnstone.  Youth Director, Byron McAllister managed the Blues team.

In Boys U18, BC also fielded two teams.  Again, the difference between the two teams was very marginal with the Blues gaining a 12 – 10 win over the Gold on day one.  The Blues (pictured), defeated Alberta 19 – 0 in the Final.  The Gold team was a younger U17 group, so the horizon appears rosy.  CW had Josh McIndoe and Spencer Cote on the Gold team and Marshall Stove and Dave Duru with the Blues.

The Club gives a shout out to ALL involved in the action and, the fantastic support from parents.  Go, Ceedub!