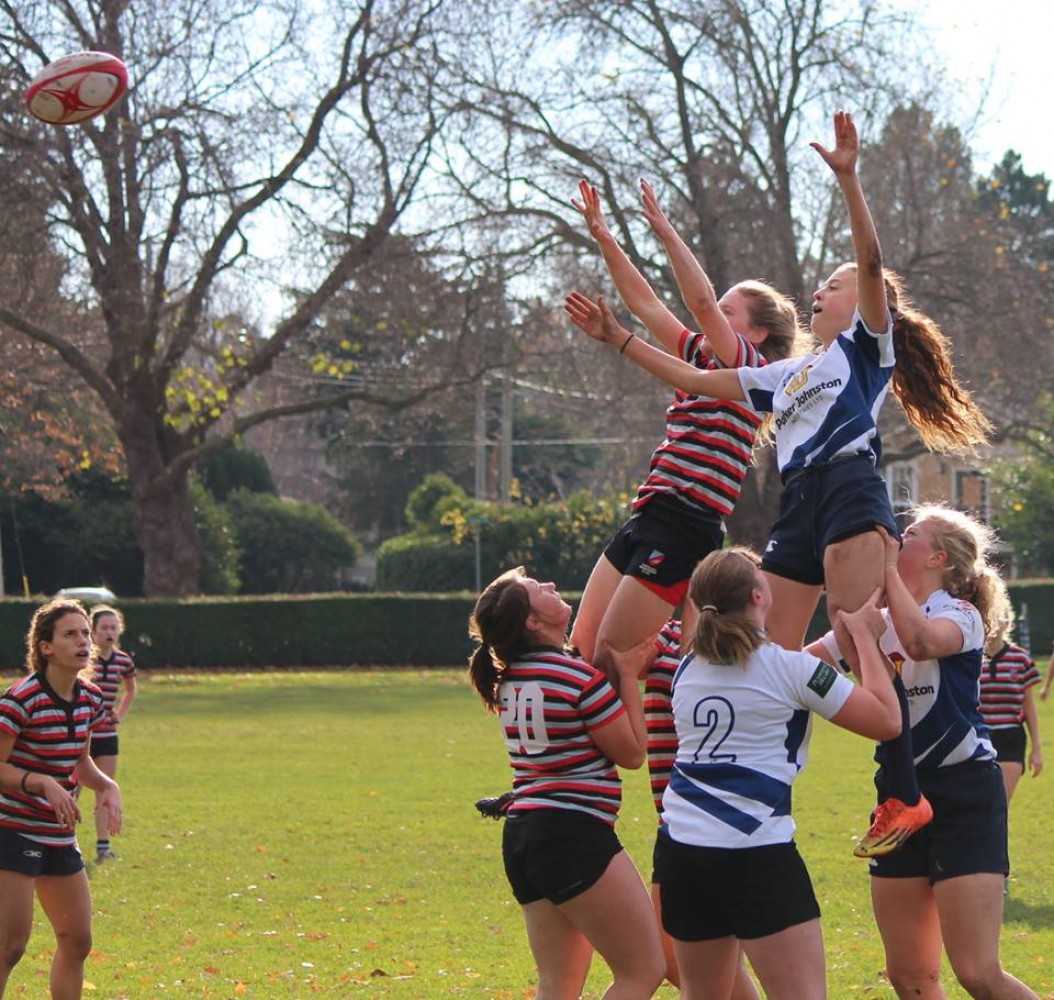 Last Sunday not only were the Junior Boys in action, the U18 Girls were also on the park at Westshore.  CW girls had a good contingent of players and racked up a bunch of tallies.  As well, the U14 Girls were in action at Cowichan.  The numbers were not as plentiful but on the day with these two groups, some forty girls got to wear The Tricolours.  Hats off to players, parents and coaches.

Very sad news to report today with the passing of Paul Baylis.  Baylis was one of the true characters of Victoria rugby in his day, playing in the FRF with the likes of Stobie, whom he will now bookend Flipper, with Morrison on the whistle, winning ball for Big Jonah.  What a crew of good guys there are running around on the heavenly pitch!

Paul laced them up for the “Baby Blues”, the Castaways and was not one to shirk from battles with Bolt and Saber, recipient of many a knuckle sandwich and lamp shot, however he probably gave as many as he received.  He packed down with the likes of Bateau, The Ox, John Money, Pete Gallagher, the Mole, Allan Oliver, Spice and assorted characters.  In the backfield, there were a bunch of other teammates who will miss him, headed by Clarkie,Clffy, Graeme Hunter, Coups, the Rev Billy Kamloops and Gillie, to name a few.

Paul challenged Parkinson’s for a number of years and recently, he had a fall which necessitated a hip replacement.  His downhill health trend resulted in his being placed in Palliative Care at San Pen hospital and he passed away yesterday evening.  Paul will be missed by a bunch of close mates from his school days at Shawnigan; his many mates from Castaway days and many who played against him and formed friendships with Paul off the pitch; friends that he and Shannon have made over many years; and those who had the privilege of Sunday morning G & T’s and subsequent croquet matches, a very special event in Paul’s week.  This writer had the privilege of a solo invite with this crew of scalawags, a raucous time by all.  After the “amalgamation”, Paul became a solid supporter of CW.

Our deepest sympathies go out to dear Shannon, Taryn and Todd at this time.  The many, many memories this man has left behind are treasures, his sense of humour, his business integrity and work ethic and sense of fair play will be long remembered by a tribe of folk.  ‘onya, Baylis, you was a good man.

Paul at work on the croquet pitch.  Never a mover in the most graceful style but one who simply got the piano moved!  RIP, Paul.