Tasty Offering at the House of Windsor 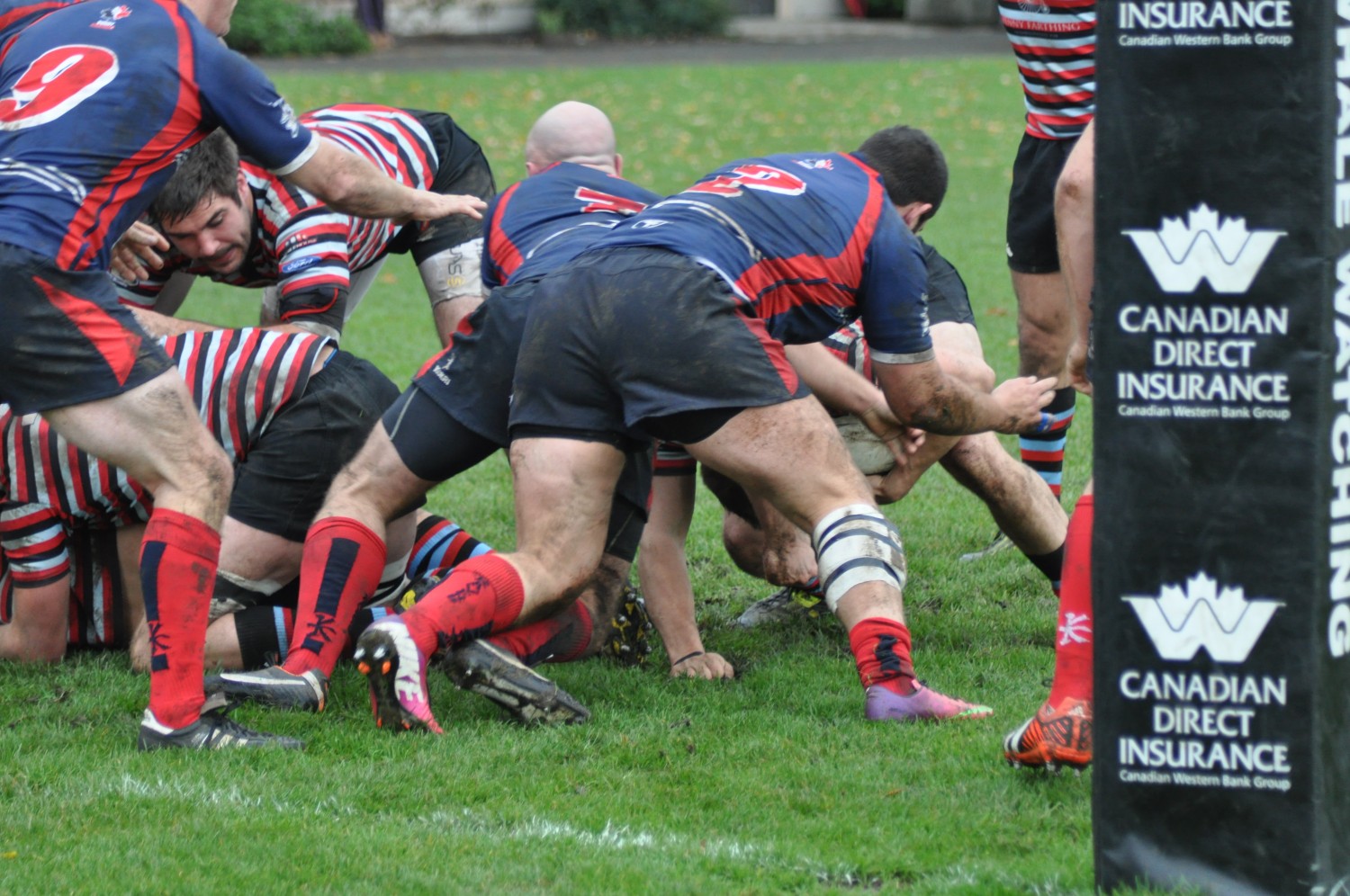 Deemed "high" this season!
The third and final of the season’s triple-headers will take place tomorrow at Windsor, with the first encounter commencing at 11:00 a.m.  Westshore Women have handed two lop-sided lacings on CW’s B.C. Champs this season and although tomorrow will be closer it is hard to predict a winning outcome.  It is a well-known fact that former B.C. Champs, Velox, did not take too kindly at being ambushed for the title last season!  The plot has made for some great rugby between the two teams.  Westshore, #1 – 15 are fast, big and skilled, averaging fifty points per game.  CW has the slightest sliver of hope to make the playoffs in a league where Westshore and Seattle have set themselves apart.  The disbursement of centralized players has produced some fantastic games, not the least, including cellar-dweller, Burnaby.  This idea epitomizes to me what should be happening, centralized players training together and then playing against each other with something on the line, easily adapted to NSMT program, but that’s another story.  Having said this, there has been some extremely disparate scores which have been hard to follow.

The hosts will field a stronger team tomorrow, facing the likes of Blackwood, Belchos, Miller, Mervin and Thornborough, all National Team members, they will find the going challenging to say the least.  CW will counter with National team players of their own – Paquin and Zussman playing some of the best rugby of their careers, headed into an upcoming RWC, along with Waters, De Merchant and ‘fringers’ – Folk and McNally.  It has been some time since the selection has been of this strength.  One of the features last season was to see these two teams evolve their style of play – they brought out the best in each other and I expect nothing less tomorrow, in a high scoring affair.  In conclusion, some may ask; “Why?” and I say; “Why not?”  Indeed, a tasty offering and one of the best rugby games Tricolour fans might get to see at The House this season.  Go for it, you good things!

1:00 p.m. - Prem Reserves/First Divvies.  In this league, four teams are separated by two points, with CW having that two point margin over the contenders in the race for the playoffs.  Saturday sees CW, 3 – 4, play Ravens, 2 – 4 with yet another chance to open the gap.  Looking at season’s score lines offers no clues as to who to put your money on.  Last week, CW had a horrendous start but really came to life in the second half – too little, too late.  This kind of energy must occur for eighty minutes this week to ensure taking care of business.  The team’s fate is in its own hands.  The selection remains pretty much the same, so consistency should enter into the equation.  Evergreen, Doug Hepp retains his prop spot, playing some of the best rugby seen in this man’s lengthy career, Nate Thomas returns for Fletch Evans with the starting backs remaining the same group that started last week.  The bench should provide energy if called upon.  Interesting to see the selectors have put the job back in the same hands – indicating a belief that this group should get the job done, and I might add, “with interest”.  We will know by around 2:30 tomorrow, as it will be the last chance to take care of your own destiny or sweat it out and cross your fingers.

Ed.  I might add, that whoever is captaining this side, needs to get the group by the scruff of the neck early!  Go, Ceedub, Divvies – Playoff bound!
The main game will continue with the flavours of importance and close competition.  The Ravens are a team that perhaps have underperformed this season.  They defeated UVic (A) and James Bay and gave Burnaby a strong match last week.  With forwards, the likes of veteran prop, Garrett Garbe, who has had some very good games at Windsor, joined by Paul Ahn in the FRF and International, Jon Phelan at lock, Charlie Thorpe, a lively loosie and Nick Waggott, they will bring plenty in the pack.  The backs feature outstanding age grade and sevens player, Harjun Gill at #10, Ben Grant and Nick Blevins in the centers and the always threatening, Sean Ferguson on the wing.  The Old Boys will have last year’s, 36 – 17 margin in their heads, to boot.

CW counters with basically the same selection that nipped Caps last week, although a last minute change to counter the flu will see Mike Dalsin, who is playing some fantastic football, move from his starting nine spot to #15 and Riley Dinardo come into the #9 position.  Di Nardo is an up-and-comer and should be seamless with his link with Povey.  Woolridge replaces The Minister, Polson is healthy to go and Doug Pearson gets a chance, replacing Captain Ilnicki on the flank – a perfect salve for the captain would be to report a W, as he rests and recuperates from successful cardiac surgery yesterday.  Moar and Logan have both retained their spots for Dobravsky and Moor.  JoMo will be the main bench man, also playing some great footy this year – digging deep.  No doubt, Hohert will be added to this – just loved the limited but vital work he did in this capacity last week.    It is FAR from a “nothing” game.  A win for the Ravens would probably earn a playoff spot.  A loss for CW would probably see them on the “quarter-finals” pathway – a much different kettle of fish than a week’s rest and a home semi-final.  So there’s the ingredients.  I would predict it to be much closer than many might expect, with The Iceman again, playing a critical role and the home field advantage giving a slight edge but it will have to be earned rather than granted.

Elsewhere – Hats off to NSMT 7’s, opening with a win over an improving Kenyan side, 17 – 14, cemented with a rare, in sevens, Nate Hirayama penalty, last play, 17 – 14.  CW’s Luke McClosky notched a tally.  Next up – France.  In so doing, Nate not only earns the honour of his 50th Cap but now, all-time leading Canadian scorer! P.s. Great to see John Moonlight leading this side and this writer "shooting blanks" without the full facts - fake earlier news!!

CW's, BIG JIM Newman is off to Europe with Canada’s NSMY U18’s!  In fact, he is starting in the centers in today's game Vs Georgia.  ‘onya, Jim, play well and good luck to Canada.  We’re all behind you!
Second Divvies - After much deliberation around a re-schedule, most unfortunately, The Tricolour has had to forfeit their semi-final vs Comox tomorrow.  Pity.  Best of luck to Comox in the final Vs Westshore.