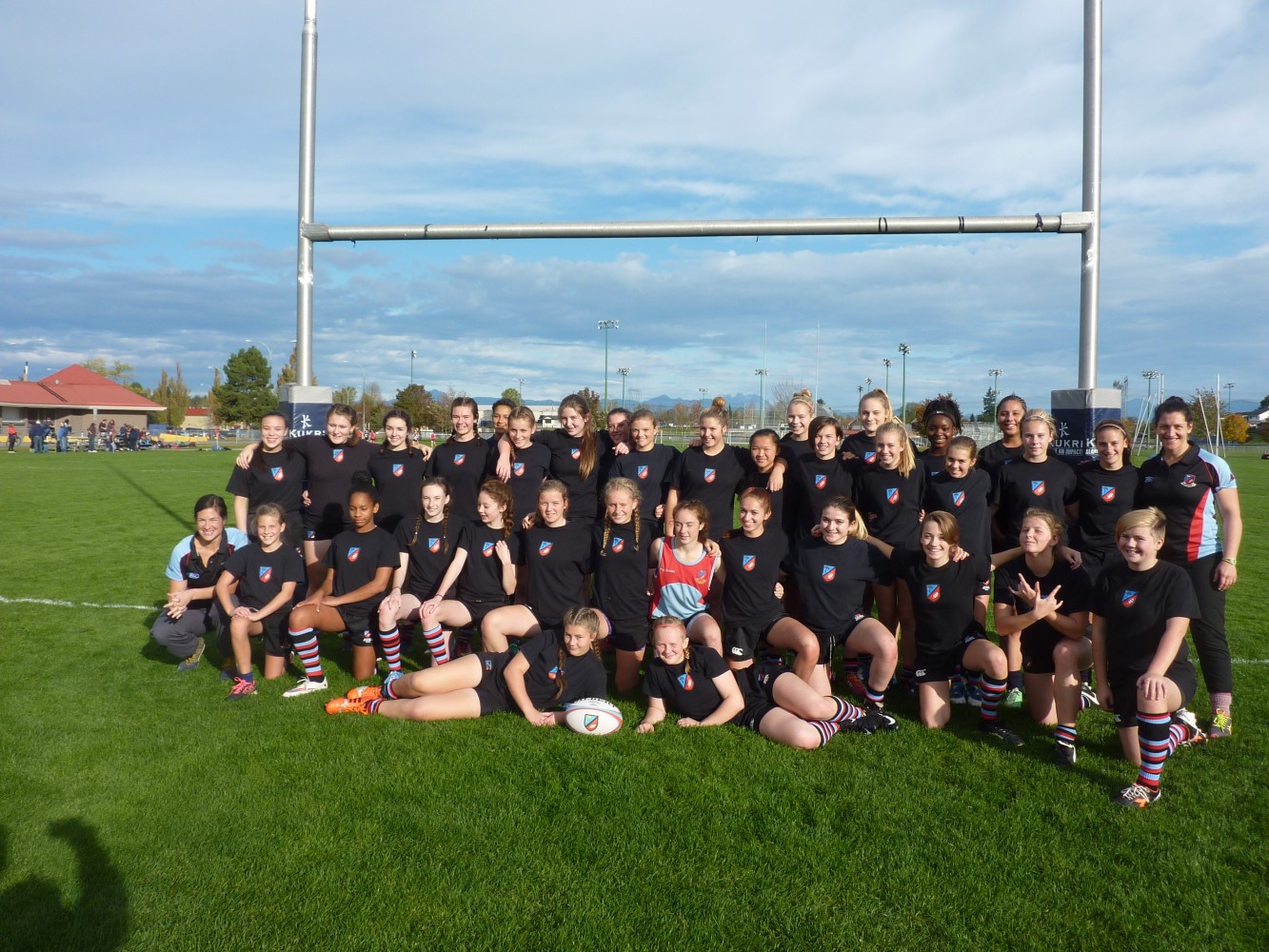 With women`s rugby all the rage, CW is proud to announce its pathway for female rugby for the coming season. The club has taken a few shots about its women`s program with accusations of everything from poaching to payment. Not so!  Development of women`s rugby has been a carefully plotted course, evolving over some six years, from minis to age grade to seniors.

CW Girls Rugby is a well-established program that was started in 2011/2012 with only twelve girls. It is an award winning program with two recent Rugby Canada National awards for the past 2015/2016 season (Female Coach of the Year and Young Female Athlete of Year). The program now supports girls only development format for girls ranging from the U10 to U18 age grades with over fifty girls now participating. CW has been leader in girl’s rugby development in the Victoria area and has been very active in developing dedicated girl’s programs at the club and high school level.

The girls train twice a week from Sept to December and compete in the provincial U18 league. The program then continues into Feb/March with skills development and exhibition games in both the 7s and 15's format. In addition, CW along with other island clubs is spearheading the development of a U14 division to introduce middle school age girls to the game.

In addition, our program works closely with local coaches and Rugby Canada to provide top-notch instruction to the athletes. Since the program's inception, we have scheduled multiple training sessions with both the NSW 7s centralized athletes and local club players from UVIC and CW.

The program supports two full divisions in a competitive environment for the following age grades:

• U18 - Girls in the U16 to U18 ages compete in a fall provincial league with teams from the island and mainland.
• U14 - CW along with Campbell River/Comox and amalgamated clubs support a recreational league for developing players in this age grade. Season runs from September to April for this age group.
• U10-U12 - younger girls participate with the older team at practice and are introduced to an all-girls format
• U6-U8 – Girls participate in CW minis co-ed programs and will join in with all-girls events when appropriate

While the program is focused on skill development and player development through the player pathway, competitive games are introduced as early as possible with CW teams entering inter-club competition. The CW U18 girls program has seen recent success in the Provincial U18 division where it has competed the provincial final vs Abbotsford for last two successive years.

Just as important as the on field results, the CW girls program has developed athletes for Regional (Tsunami and Tide) and BC Provincial teams from U15 to U18 divisions and both age grade and senior national teams. Many of our graduates are now playing Senior Women and University level rugby and one has been centralized with the NSW7s program based in Victoria.

For more information on the programs for the different age grades, please see the individual team pages below:

Relative to the success of these programs, we proudly congratulate Jenn Appleby and Gabby Senft who are headed to England to play test matches later this month with Canada`s U20 Women`s Team.  Go, Canada!