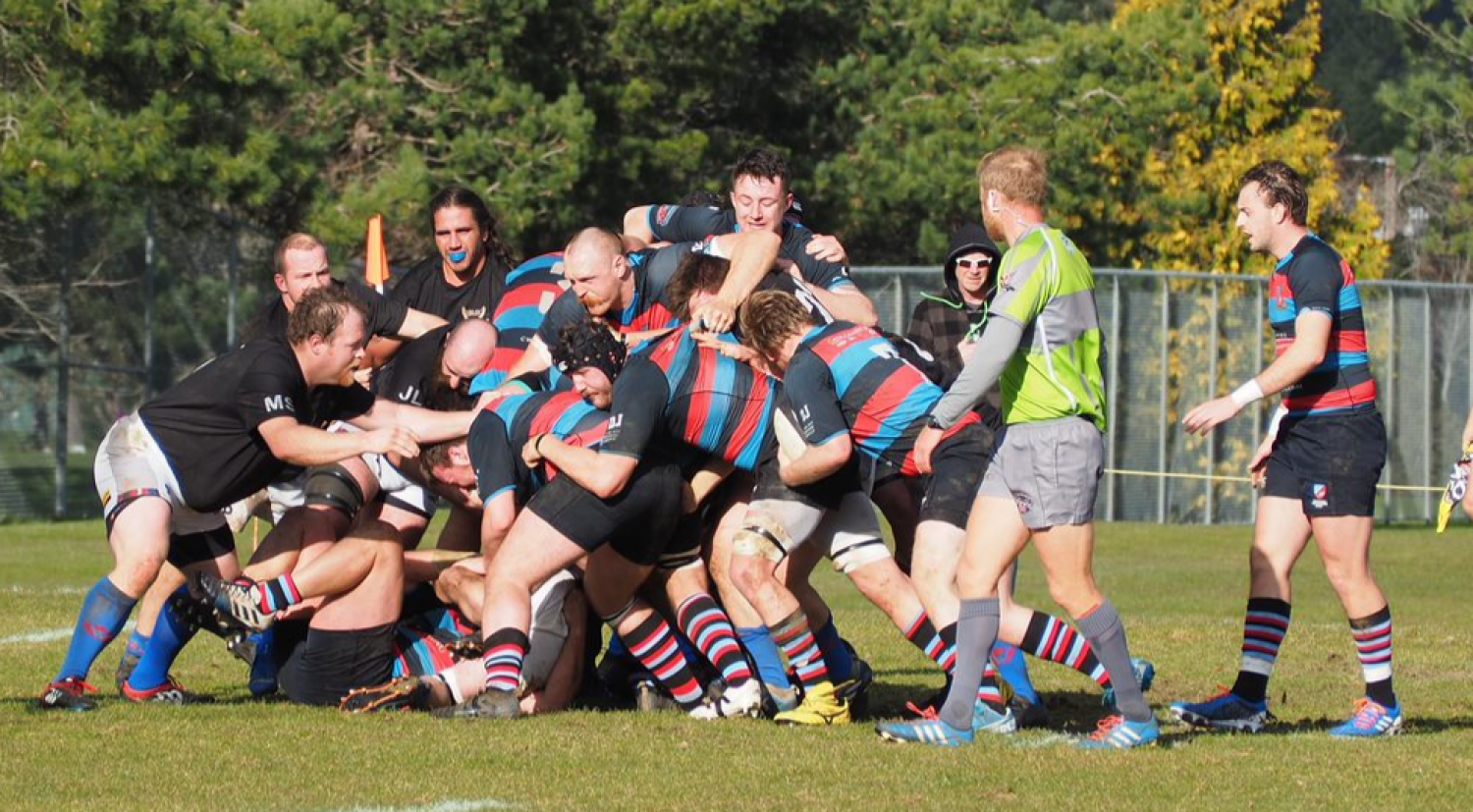 In what has been a very topsy-turvy ‘season’ Westshore and CW come to battle tomorrow for the Barnard Cup, symbol of Island men’s rugby supremacy.  No club has fielded full-strength sides to date and with Coastal Cup play completed, one can imagine the sides will be as close to full-strength as can be fielded. Westshore will have Nathan Groenewold, on the pines with the Tide, featuring at loose head, partnering Bryce McKinnon, also from the Tide, at the tight-head spot.  Aiden Holland, Tide loosie, will Captain the side from his #8 spot.  Shmyrko, last start winger with the Tide, is missing from the Westshore lineup.

The hosts will only feature Tide #10, Grady Bowd, who has been in excellent form and on the pines will be Jack Sponarski.  There will be some gaps in the Ceedub lineup, notably Captain Chiz, Mike Finnemore, Nott and Conor Turner.  On the other hand, we note Schellie back in the lineup and Adibe starting this week, with Sawyer Herron on the pines, a man who has not been in kit so far this season.

It is hard to make any predictions about the form of Westshore apart from the fact that they always ‘come to play’ against CW.  So, who will hoist this 111-year-old trophy?  The Cup was donated by former Senator and Victoria M.P. and Mayor, G.H. Barnard.  The inaugural winner was a team composed of lawyers!  Always plenty of "bush lawyers" on the field!

CW may just have the stronger bench with the likes of Sponarski, Herron, Peters, Winsor and Smith.  Despite having rather few Tide Reps this year, this pundit would suspect the selected side would back itself on the day.  With Kratz and Braddock in the FRF, the battle for domination should be monumental.  Ilnicki will lead the side from the lock position, where he will join the in-form John Humphries.  We know Eagar from Westshore and not sure about Captain Holland but suspect he has credentials, so the fight amongst the loosies should be worth watching as well. Westshore backs are not known to this writer, but I must say I have liked the work of the CW boys as they seem to improve and grow week-by-week and the return of Bowd might be the straw to break the camel’s back, not to take away from those who have been in the ten spot.

The main game is an ‘old school’, 2:30 kickoff.  No license and I believe limited number on the balcony.  The curtain raiser will feature a red-hot CW Divvies squad wanting to retain their undefeated record as they move to the times Cup Final next week.  Hohert leads a quality and stable selection of forwards and Winsor’s return to the team will give good linking so that an expansive attack can be maintained.  This one kicks off at 1:00p.m.  Late-breaking news may produce a change of venue, depending on the weather and ground conditions.  In all, looks like a promising two matches.  May the best teams win, and go, CW!!