CW Boy's U16 team has had many successes in recent years, mainly as a result of being part of the continuum between U14 and U18 and extension of a successful Mini Rugby program.  The boys now compete against teams from the V.I.R.U. and the mainland. CW U16's were V.I. Champs in 2009/10/12/13 and won the B.C. Championship in 2013. This year the age becomes U17.  The Head Coach is Kapi Vataiki, assisted by Premier player, Mike Finnemore. Kapi has coached the VIRU Tide and assisted at B.C. U16 levels and is a good mate of Finney's, so we are expecting big things from these two. These coaches will give players an opportunity to tap a massive amount of playing and coaching experience. The U16's have been perennial Island Finalists and have many titles on the shelf, along with a couple of B.C. Championships. The boys will learn and have great fun this season. Boys registering for U17 this season will have their DOB as 2003 or 2004.

REGISTRATION CAN BE COMPLETED HERE ($310) 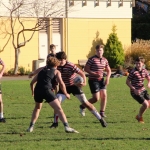 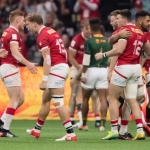