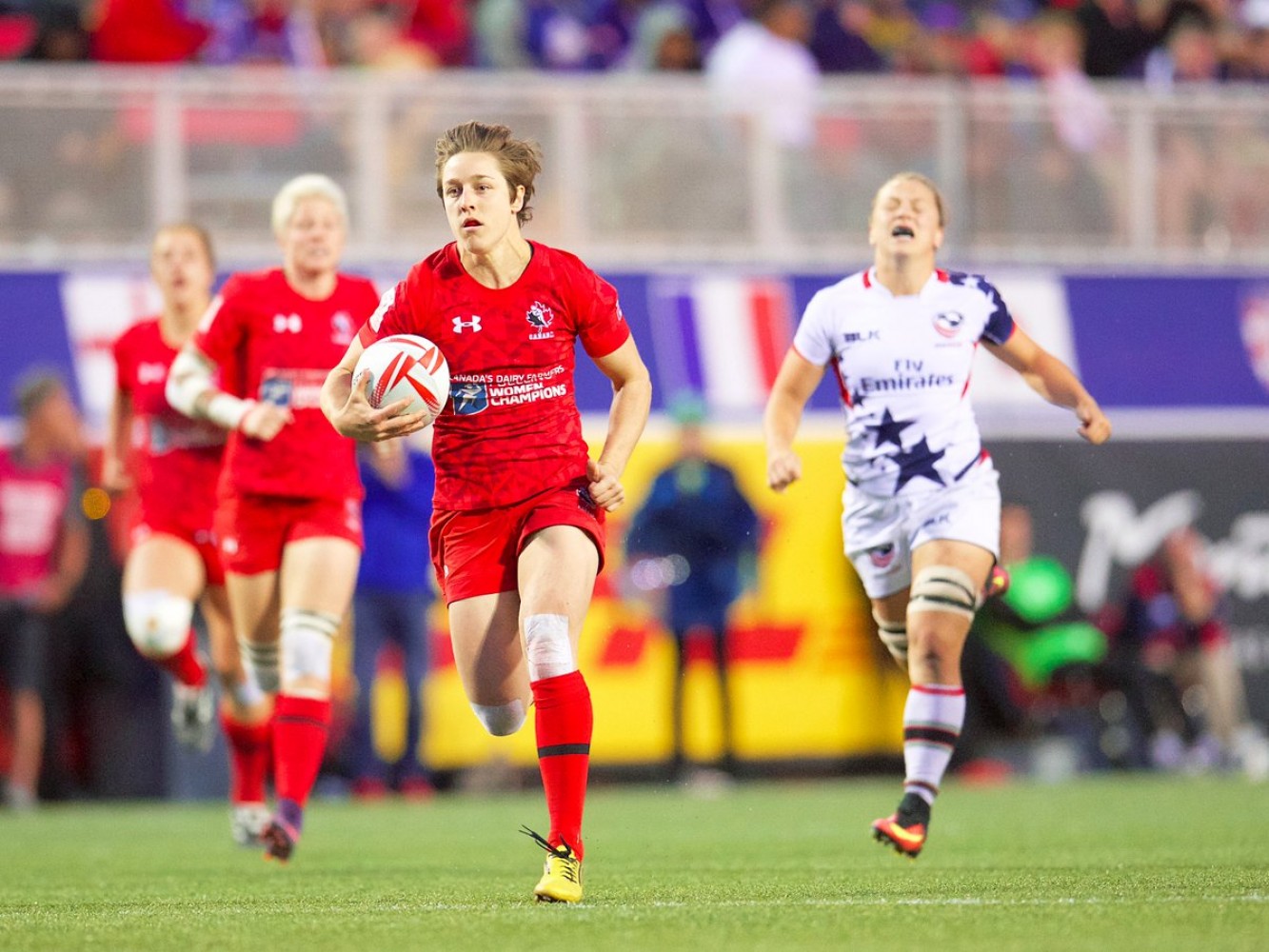 This past weekend produced two results which may have players rueing missed chances.  Canada's NSWT 7's finished third in the season's final tournament in France and third overall in the Series, a placing I am sure they felt could have been one higher, leading the Aussies in the semi-final at the half but allowing twelve unanswered, after the break. Regardless, it was another great season and the coach and players have reflected on visible growth and expansion of the talent pool.  As an aside, it seems a pity that the NSMT's centralised numbers have been decreased for next season.  The women's "pool" has not only expanded in size but also with experience.

Ghislaine Landry topped the 100 TRY Ladder in France and clearly led the points scoring race for the Series with 269 scored and a mammoth 844 "all-time".  Ghislaine and Britt Benn were selected on the Dream Team.  The Black Ferns topped the table and rank #1 in 7's & XV's, not to be outdone by their male counterparts.  We saw the All Blacks in action last weekend as well and the viewer was no doubt awed by their 30 - 15 performance against The Lions.  In conclusion, we laud and congratulate Ashley Steacy who has announced her retirement after years of solid service to the Seven's cause. 'onya, Ashley!

On the Home front, our NSMT managed to come from ten points behind, to snatch a tie in the qualification battle for The Americas for RWC '19.  All readers of this site, no doubt viewed the match and will have formed their own opinions.  For this viewer, the word "disappointment" comes to mind, specifically related to the number of good chances to win the game and the number of errors that caused the victory to go astray.  The score at the interval could well have been 22 - 7 instead of 15 - 21 deficit, after conceding two "soft" tries.  Deserved praise to DTH, topping the all-time Canadian Try Scorers' list, a feat suitably recognised by holder, Winston Stanley, this week.  His individual effort from the ruck 35m out was pure grit.  Every time this man handles the ball, he is going for the line, one can see it in his eyes!

To be going into San Diego with a clean sheet and a chance is better than having to start in the red.  There are some areas; the breakdown, the maul, catching and handling and decision-making, that were they to show improvement, the chances would be close.  The task does appear difficult although the teams did play more evenly than I had expected.  So, hopefully no injuries and a good week of prep.  Go, Canada!

POSTSCRIPT:  CW RUGBY OFFERS OUR MOST SINCERE SYMPATHY TO THE FAMILY AND FRIENDS OF RICK ( "Sluggo" ) SUGGITT FOLLOWING HIS SUDDEN PASSING YESTERDAY.  The pinnacle of Rick's career was probably when he served as NSMT's coach.  He was truly one of Canada's great rugby CHARACTERS!  RIP, GOOD MAN.