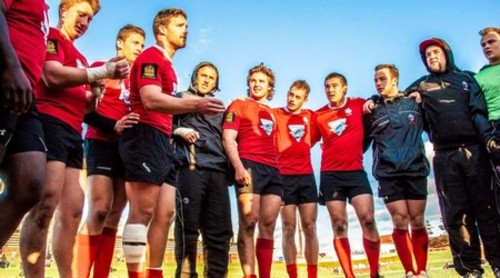 Canada trailed Italy at the interval by a mere four points, 6 - 10 in the JWRC Final.  However, not unlike the Senior Mens game, a massive 52 points were scored in the second stanza, with Canada being on the receiving end of a 23 -45 loss.  From reports a couple of "yellows" against Canada did not help however the discrepancy is far too great for this to indicate that Canada might have had a chance. Evidently, Italy capitalised with two tries when Canada had two men down, a lesson that should never be forgotten. Ne'er-the-less, it's kudos to all involved for arriving at the Final undefeated.  (Footnote - Lucas Hammond started at #9 for Canada).