The Ones Break Their Goose Egg 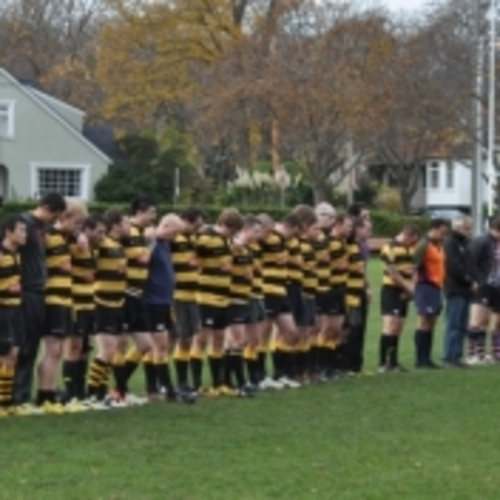 A moment to Remember was taken prior to kick off when Nanaimo Hornets visit to Windsor provided a small salve for Ceedub Ones on Saturday.  In a very well played, enjoyable to watch and close match, the Tricolors eked out a 24 - 17 win.  The teams traded tries in the early going and it was right on half time that Evans sprung Lawless with a creative pass for a 19 - 8 lead for the hosts.

The Hornets crept back into it and at 19 - 14 it was anyone's game.  Evans made another strong break and fed van Heerden for the winning tally.  Nanaimo had many warriors on the day. Their forwards were hard and toiled tirelessly.  Their backs, led by #13 and capably supported by others were a threat throughout.  The hosts showed considerable character with stout defense and Evans controlled the attack in a way that has not been witnessed so far this season.  It was good to see some old faces return to the Ceedub jersey. Good job by referee Pierre Lachetti. So, it's on to the Lomadome next Saturday.  Let's keep the train moving!