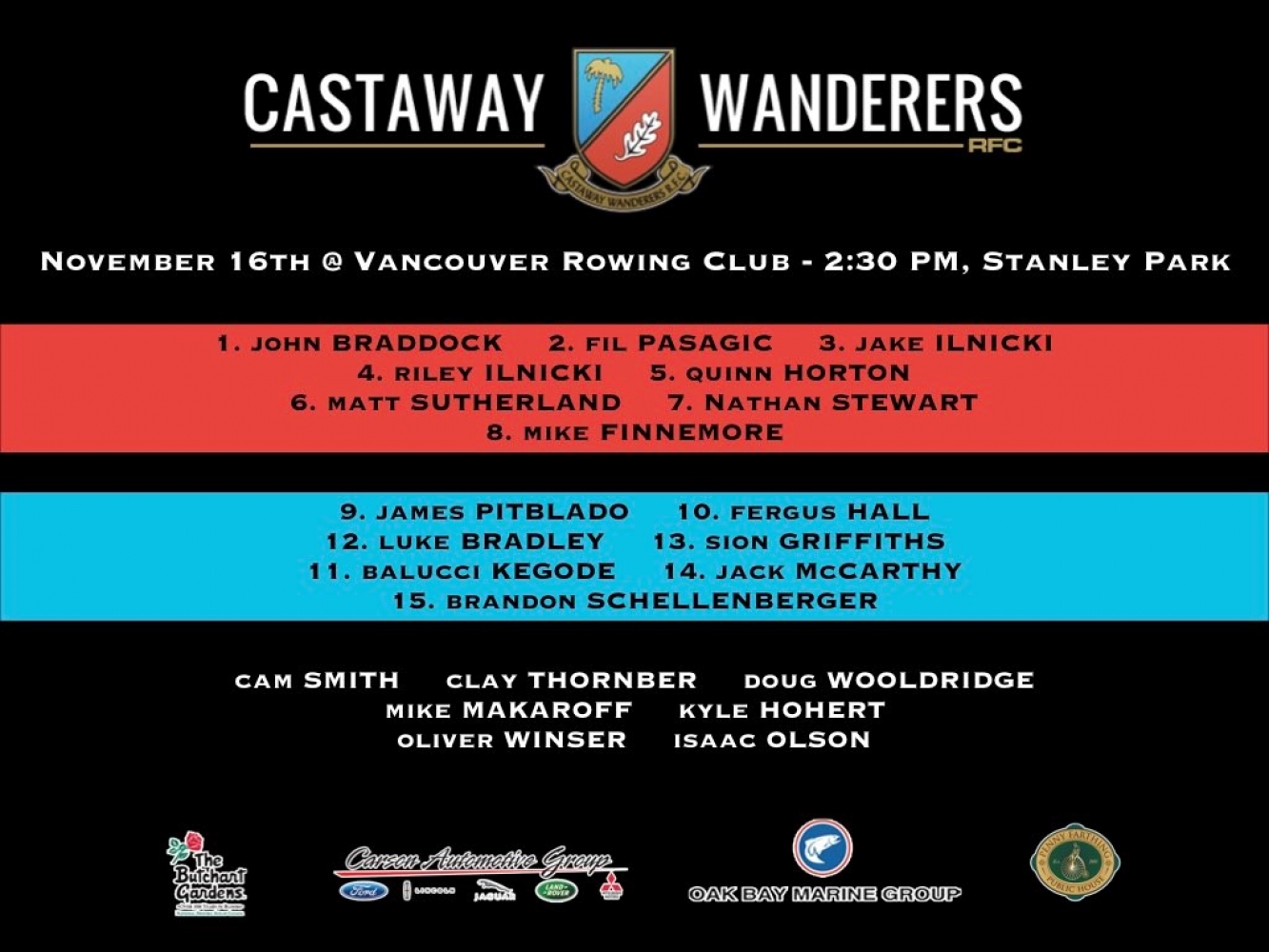 The lads take off early tomorrow to travel to Brockton Oval to take on the Rowers. The Divvies (Reserves) will be playing a 1 – 6 opponent. Obviously tough sledding for the Boatmen so far. However, despite being ahead in the standings, nothing can be taken for granted and I suspect CW will have a match on their hands. Currently sitting in ninth place, a win would solidify that standing. Leadership from the Divvies back row will be critical in this one. The experience of Hohert, Gerhardt and Makaroff should be invaluable. The backs have fire power with the likes of Olson, Freeman and Logan and the link from Bailey to Winser will be telling as to the effectiveness of the unit.

To the main game. The CW pack takes on yet another different look, key being the absence of Herron and Chiz, both of whom have given stellar service so far this year, despite the team’s record. Ne’er-the-less, it is comforting to have the likes of Nate Stewart and Jake Ilnicki, good Williams Lake boys, in their place. Quin Horton moves to lock and Pasagic comes into #2 to round out the FRF with Braddock, with Burger on the bench. (Ed. Suspect a possible late arrival might be a work thing. Pretty good man to have in the wings!) Horton joins W.L third man – Riley Ilnicki, Finney retains #8 and Suddsy rounds it out. Formidable enough to get the job done.

In the backs Pitblado returns to his favoured position at #9. Pitsy has shown us what he is capable of here and will keep the opposition honest with the occasional snipe, his link with Hall will be critical and Fergus showed us a very competent hand last week after a long absence in this slot. He should be even more comfortable this week and with the remainder of the combination being the same as last week, they will be seeking the same penetration but greater cohesion. Schelly has been moved to the custodial slot and 'The Director' may have even greater variables here, despite the suspicion that he may slightly favour #9. Brandon is the consummate team man and the play at #15 has not been overly inspiring the past two weeks, so one suspects this will be for the better, hopefully motivating the previous incumbent to greater heights. Final comment – CW needs some consistent points from goal-kicking! Hopefully Fergus' boots morph to pure gold tomorrow.

We leave Rowers ‘til last as the writer does not know a great deal about them!  We did note earlier a couple of very close and competitive results for the men in red and white. Last contest between CW and VRC, despite the heroics of Wilson-Ross, was pretty one-sided.  We note he will be at #15 tomorrow – an interesting selection perhaps giving him greater options for points of attack.  In recent games he has paired with Dougie Fraser in the centres.  'Fresh' will be joined by Joe Holland tomorrow.  As for the rest - unknown!  VRC always provides formidable resistance at the ground Sir Donald Bradman called “the best cricket pitch in the world!”  This blogger would love to be there but saying farewell to an old friend, Eli Pasquale, takes precedence!  Best of luck Chaps - give 'em hell.