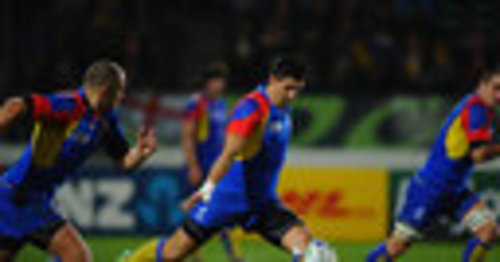 Rugby Canada faced the second of three similarly ranked opponents today in Bucharest, when they played Romania.  Unfortunately for the boys, the result turned out to be the same as it was, same place, same time, one week ago when Romania defeated Tonga 19 - 18.  Today it was 21 - 20. Romania was buoyed by their win last week over higher ranked (13TH), Tonga.  Romania sits at #17.  Perhaps after today's win, these placings will be reshuffled. This was never going to be an easy one. According to all reports it was a tough loss as Canada scored two tries against seven penalty goals, the last of which heard the final whistle blow no side.

Canada trailed early 0 - 6 but came on at about the quarter mark when Skipper, Ardron, scored a tally.  Romania added two further penalties to take a 12 - 7 lead at the half. Harry Jones then added a penalty, a try and a conversion to put The Maple Leaf ahead 17 - 12.  The scoring then went 17 -18; 20 -18; 20 - 21. Jones started at #10 in place of Underwood and Blevins moved into the centers with Hearn.  This Jones Boy is the goods.  We have touted that at this site for some time. It was a strong selection and a good thing that Ardron was let off with a warning by the Discipline Corp during the week.  It will be interesting to hear the respective stories about the parade of penalties.  Well done, boys.