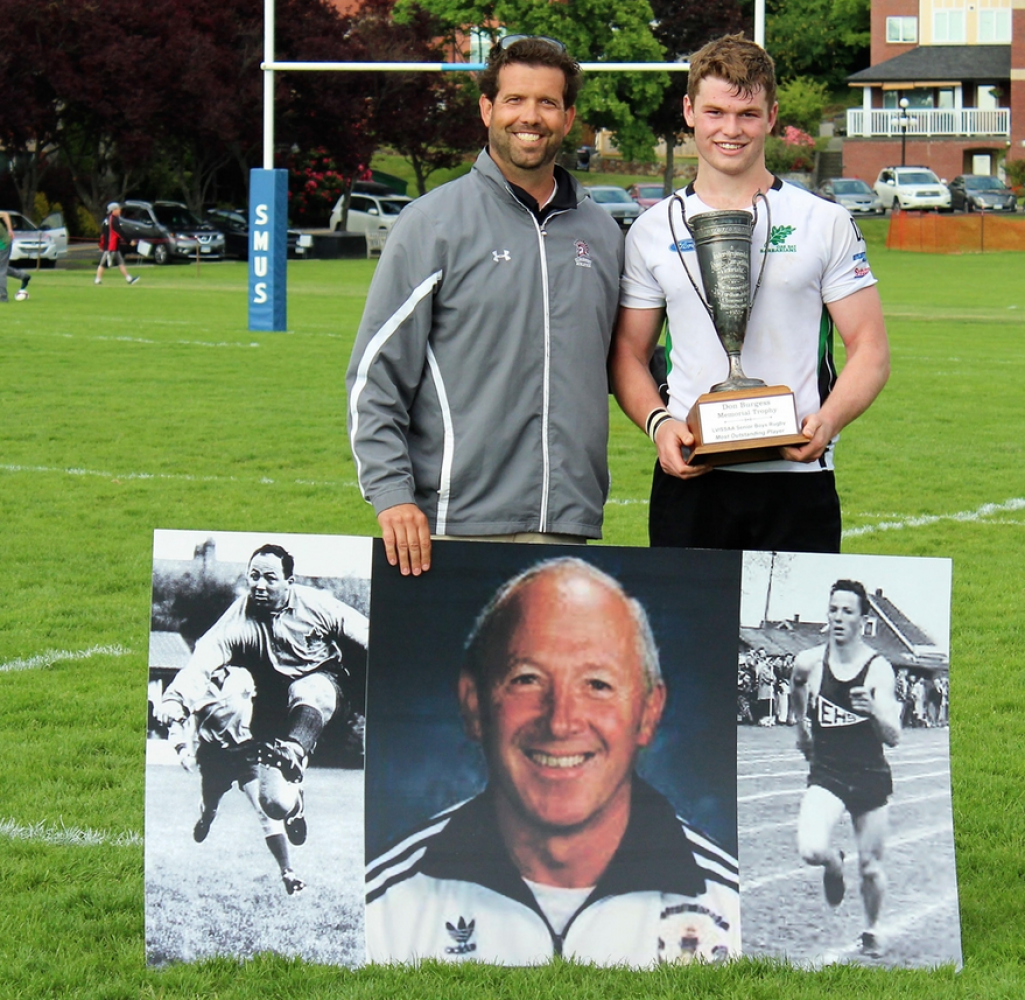 CW congratulates Oak Bay H.S. and CW U18 player, Nick Carson on being selected as the first recipient of the Don Burgess Memorial Award for the Most Valuable High School Player in Victoria for this past season.  The Award was presented following yet, another memorable match between SMUS and OBHS for the Howard Russell Cup last week, representing Victoria High Schools supremacy.  The Barbs were heavy favourites following their earlier lop-sided win in the Rees Boot match.  As is often the case in these encounters, the underdog forged ahead and looked to be the winners when late in the game, CW age grade product, Connor Hills scored in the corner to snatch victory from the jaws of defeat.  The Barbs had scored an earlier try compliments of Nicholas Carson.  We have taken the liberty to include a few pictures of Nick's progress through age grade rugby at CW, to his graduation at High School.  Nick has also played for the National Men’s U18 team.  He represents the pathway that Rugby Canada would no doubt like all of their players to travel. ‘onya, Nick and best of luck whatever your future may be.

Whilst with the topic of exhorting our youth, once again we must dip the lid to Schellie (Brendan Schellenberger) who recently shone in the U20 Men’s Trial game @ SLS.  The match was played to determine the final squad which will go on to play the U.S. in order to qualify in the World Trophy Champions, held in Rumania, late summer.  Schellie played #9, scored a try and was instrumental in a couple of others, with yet another performance that local fans get to enjoy in Home games at The House.  Brendan is another who has followed the CW Pathway to the top.  ‘onya, Schellie!