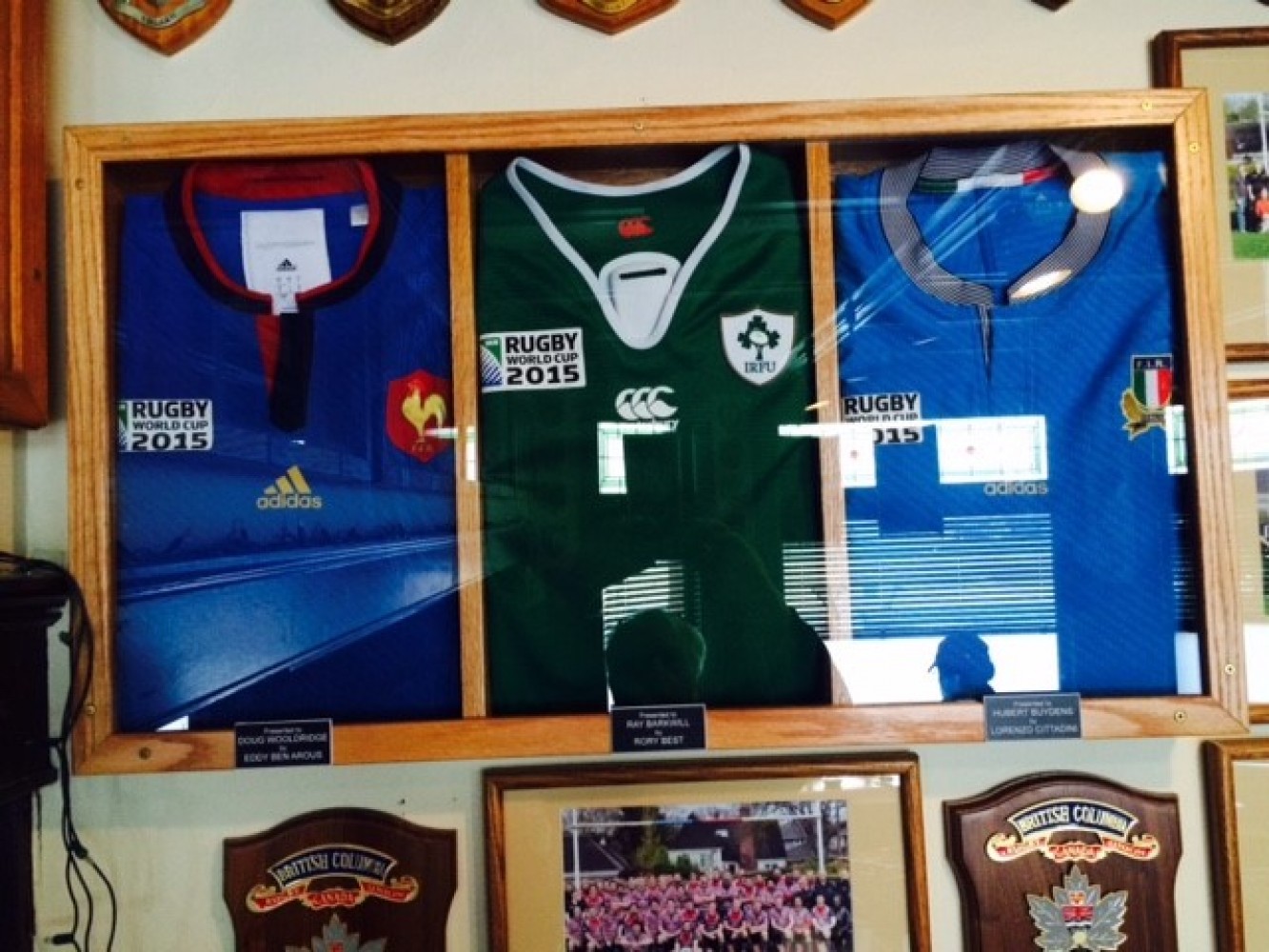 Giving Back.  A huge thanks to Doug Woolridge, Ray Barkwill and Hubert Buydens for donating jerseys earned after games in the 2015 RWC. Wooly's jersey was from Eddy Ben Arous from France, Bark's was from Ireland's Rory Best and Hubie's from Italy's, Lorenzo Cittadini.  They have been mounted and now displayed with honor at The Temple.  Thanks men for this magnanimous donation, it typifies the generous spirit that you have, no matter what club or team you are playing with.  CW has certainly been a better place for your hats hanging here.  News from France, Wooly got the nod with Clermont on the weekend.  Unfortunately, they were nutted by Montpellier, 19 - 15 but still  stay in fourth in a tight race at the top between the top five clubs.

No news from the Mighty T(h)urds but photographer, Ron, said it was a rather an un-Sabbath-like contest, more like the art of coarse rugby and that was without Benny ("Knuckles")Trevina on the field!
The Chaplain in action yesterday.