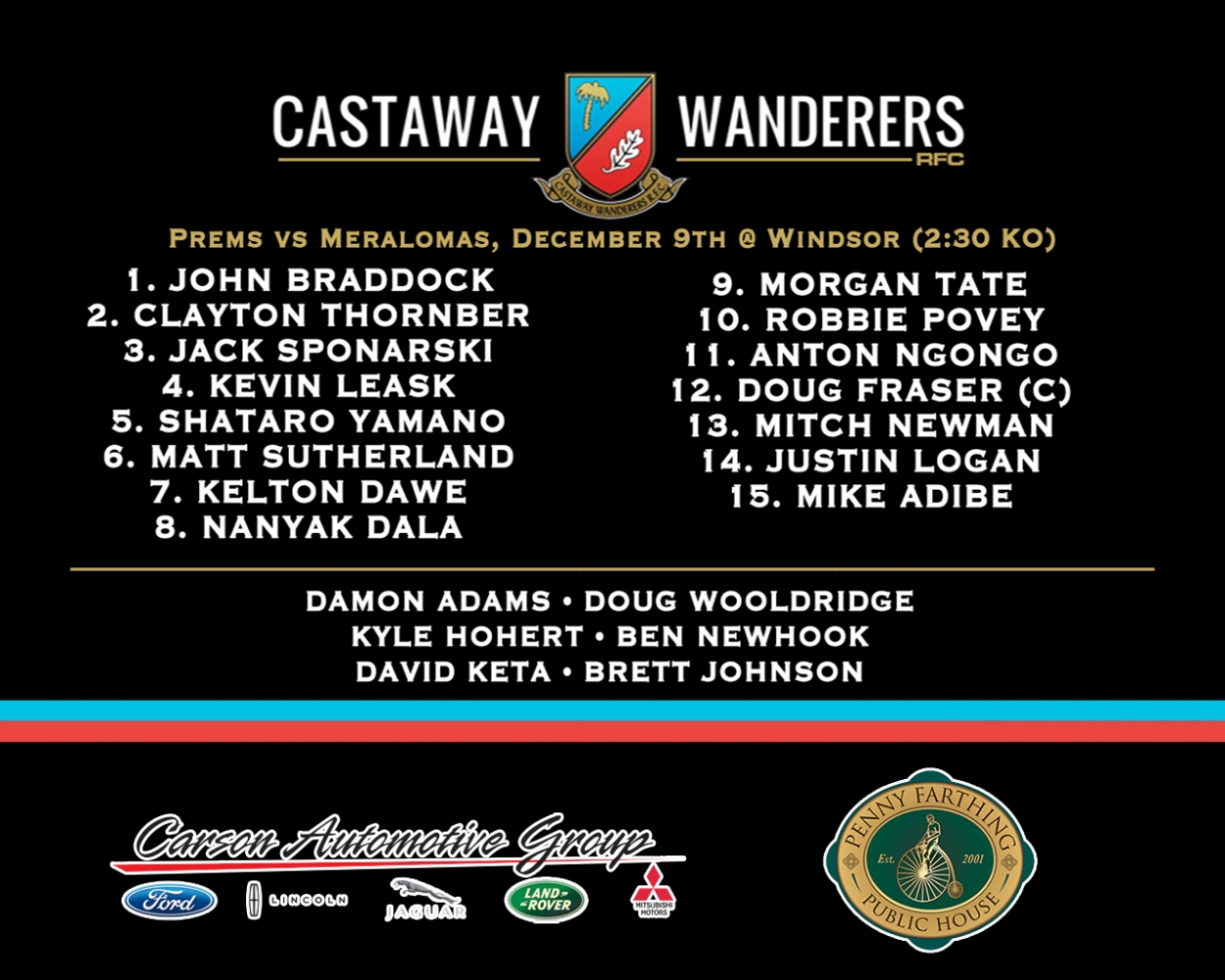 The curtain-raiser kicks off @ 12:45 and Ollie and his boys will be hard pressed against a quality opponent in the Meraloma. Lomas are 8 – 2 and sitting in third spot on the table vs CW’s 5 – 4, of which, a couple of the four losses should really have been reversed. The Tricolors will field a competitive squad. The forwards will be led by Kyle Hohert who has been on fire all season and fitting in wherever he has been called upon. Adams was active first time back last week but looked short of a trot and Ben Newhook will lead the loosies in terrier fashion. Coops, Heppie and a couple of junior grads will complete the pack. Ollie once again will be called on for poise and leadership, qualities he has in spades. The Weeman Hickman has been called in to the pivot role and there is pace enough around this pair to cause havoc, given good ball. The contest will be orchestrated by George Van, a real up and coming official.

The Prems will show an almost identical backline to that which put the Ravens to the sword last outing. Again, their effectiveness will only be as good as the ball they get and much will be called upon from the grunts. Let’s get to the Visitors. Josh Clarke, a long time Loma, will lead the side from his #8 position and this writer’s recollection is that he is a busy and lively customer. We note Dan Fumano, following his dad at #2 and coming through the junior’s system, a Loma through and through. The rest of the pack is not known although one of the loosies reads like an Irish troubadour. Three ‘internationals’ in the backline, starting with a suspected South African half back and finishing with an old familiar name and capped player, Shawn Mercier at fullback, no doubt slowed down a tad but we suspect, still a mercurial handful.

Answering this selection, we see a pack that is shuffled from last outing, containing neither Polson (who picked up a Christmas present of four games from his indiscretion) nor Nate Stewart on the field. Leask will move to lock again, a role he filled more than capably vs Burnaby and Yak will slot to #8 with Matt Sutherland getting the call for #6. The one change in the backs is Newman for Pullin. This is a critical game for both teams, for the Hosts to stay in touch with the front runners and for the Guests to hang on to a chance of playoff potential. Nathan Abdelnour will be the M-i-M, becoming almost too familiar with yet another visit to Windsor and we note with special interest, our own Shaye Tudor will be referee assessor. ‘onya, Shaye – that’s giving back. See you on the sidelines.