CW Chalk Up A Pair 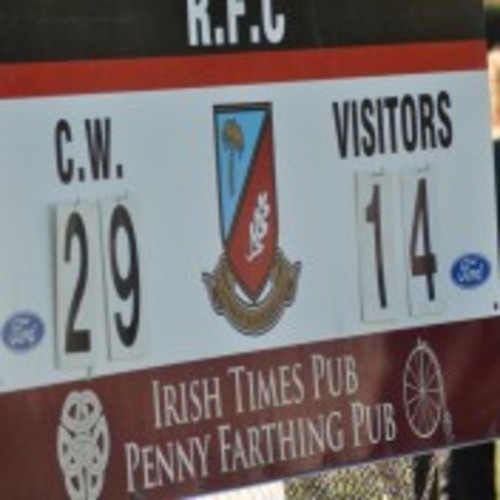 It was hats off to the boys for a pair of solid wins at Windsor today.  The Ones set the table with a significant seven try, 43 - 12 win over James Bay. The Prems led 17 - 7 at the half, due to a good defensive stand in the final minutes.  James Bay made it close at 17 - 14 but it was all CW who finished with a flourish for a solid 29 - 14 bonus point victory.  Highlight of the match was an eighty meter tally after Sammy Rocher pinched a ball off a JBAA forward, following a ten minute defensive line stand with only fourteen men.

As our website will be down tomorrow, and details will be forthcoming however, we conclude with the statement that a HUGE commitment to physicality of the battle was noted in both contests - a component that is not seen often enough on home turf.  'onyas, boys

Well, we talked about Mike Pyke's, Sydney Swans yesterday and they truly bathed out!  The best part of their performance was a free Tom Jones concert!!  Bad luck Pykey but like all football players, you'll live to see another day.